Why You Should Ride an Electric Motorcycle on a CBT

If you’ve got a CBT licence and you’re making the tough decision on what to ride, there are a number of great reasons to choose electric motorcycles. With the UK government cracking down on petrol and diesel fueled vehicles, it’s inevitable motorcycles are next in line. So don’t wait around for the surge to begin. Electric bikes are better for the environment, extremely cool and we’ll show you they’re very affordable too.

These are some of the best reasons to get on two wheels electric style:

If you’re riding any motorcycle on a CBT licence you’re probably doing mother earth a favour. The electric motorcycle revolution is starting to seep through into the celebrity scene too. The good news is, the average motorbike tends to be better for the environment. The resources needed to build a motorcycle in general are far less. They also tend to have a longer lifespan as there are less degradable parts. To add to this the emissions are often lower than cars too. So riding a motorcycle on a CBT licence is far more responsible.

With this in mind, electric motorcycles are sure to be yet another improvement on environmentally friendly vehicles. The government crack down and addressing of the devastating impact cars are having on the environment is a sure sign of the future. So what are some of the environmental benefits of E-Bikes?

Quite simply, electric motorbikes don’t burn fuel so therefore don’t pollute. No emissions also mean no horrible smoke and smell left behind. This compared to the average car which emits tons of CO2 every year means it’s undoubtedly the far more responsible option. The lithium battery of an electric motorcycle also has next to no negative effect on the environment. 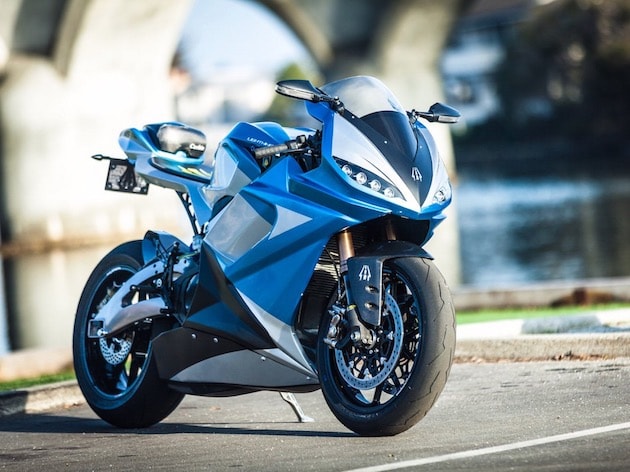 How much does it cost? Having an E-bike on a CBT is cheaper than you think..

So if you’re on a CBT licence it’s likely you probably don’t want or need an extremely high spec motorcycle. To be fair, there are a lot of futuristic electric motorcycles out there which will cost an arm and a leg. It’s a relatively new concept so some of the new models still do cost a premium. Take for example the Lightning Motorcycle's LS 218. It’s incredibly fast has unmatched power and looks beautiful. But for the premium of it being electric, the cost is $38,888. This of course wouldn’t be an option on a CBT licence..

But don’t despair! You can still ride amazing electric motorcycles on a CBT licence at a reasonable price. Thanks to companies like Supersoco, there’s a new range of affordable motorbikes available for those on a CBT licence with more of a budget. They’re low power too which is perfect for the CBT driver.

It's worth remembering when you buy an electric bike that you don’t need to buy petrol or oil! This is one of the main expenses when it comes to motorcycles and vehicles in general. This makes electric motorbikes another great option for commuting, along with other lower spec motorcycles and scooters. The lithium batteries may be heavy but all you need to do is plug them in and they’re good to go. Providing you dispose of them correctly they also have virtually no negative impact on the environment. You just have to take them out and replace them, easyA lot of cities including London are also waving road tax and carbon taxes if you ride an electric vehicle. In some cases electric motorcycles or E-Bikes are actually in the same class as bicycles. If you do look at bikes like this, we would still advise always taking your CBT.


With this in mind, if you don’t save money immediately when buying an electric motorcycle, you will in the long run.

Now it’s true a lot of the electric motorcycles you’ll see are concept bikes. Drawn to feature in the new Batman film and strictly only available in cartoons. But these are rarely ever actually made as it becomes obvious adding wings is too expensive.. But that isn’t always the case.

E-bikes are at the forefront of the motorcycle movement and they’re inventing groundbreaking models every day. One of my personal favourites falling in this category is the Johammer J1. Bikesure describe it as a “robot prawn” and I can’t really argue with that. It definitely does have something about it though. It encapsulates the creativity and imagination of the electric bike movement. Unfortunately this is quite an expensive prawn, coming in at around £20,000. Maybe best not to consider on a CBT licence..

The sound of an electric motorcycle. You'll stand out even with only a CBT!

The sound of the Electric motorcycle also adds a completely unique dimension. There are a lot of old school bikers who will hate it, it isn’t for everyone. But if you’ve just got your CBT and you want something a bit special, this is another reason. Bikes like the Zero S have a very distinct sound which has more benefits than you might first think.


As well as them being generally better received by pedestrians, they also help massively in the motocross world. Noise complaints at motocross courses are extremely common and it’s causing a lot of conflict in some areas. I know the course down the road from where I live was sadly closed down recently. Having quiet electric bikes means motocross can now be enjoyed without all the negative stigma and complaints.

Here’s a video of the Zero S in action if you want to hear how it sounds:

The maintenance and upkeep time:

Here’s some serious things to consider when deciding what to ride on a CBT licence. All these things you don’t need to do, so will save you time and money.

You don’t need to fill up on fuel. This saves both your own time and also huge amounts of money. There’s no oil, so no need to do any maintenance related to that. No checking the oil, no changing oil or filters. You won’t have any clutch hassle. Which means no replacing the clutch or fiddling with the cables and no checking fluid levels.

The list goes on. If you’re an inexperienced rider on just a CBT, not having to do all these maintenance checks is a godsend.