Book your CBT Test
in Ilford

Want to become a delivery driver but don't have your motorcycle licence yet? Start your training today

Taking your CBT test in Ilford is a piece of cake. Here at RideTo, we have a number of CBT test centres in and around Ilford for you to choose from, no matter which direction you’re travelling from.

Our closest CBT test centre is currently located in Dagenham, less than 3 miles from Ilford. SL Motorcycle Training Dagenham are based at Barking Rugby Union Football cLub, which is incredibly easy to get to from Ilford. If you’re travelling from Ilford station, hop on the 169 or EL1 bus to Barking station. Once at Barking station it’s simply a case of hopping on the District line to Becontree station. SL Motorcycle Training is then just a 15 minute walk straight down Gale Street. This particular training school is MCIAC Approved, so they offer some of the best training available in the UK, and the surrounding roads are quieter than Central London - perfect for your first time on two wheels.

We also have CBT test centres in Thamesmead, Hornchurch and Chigwell, which are easy to get to from Ilford.

Riding a Motorcycle in London

Once you’ve passed your CBT Test in Ilford it’s time to hit the roads, but riding in Central London will be slightly different. For a start you can expect the roads of central London to be much more congested, and in many cases traffic will be moving incredibly slowly. In these situations it’s best to remain patient. There may be irate drivers using their horns liberally, but stay focussed on your own riding.

While you could be forgiven for thinking all roads in London are congested and slow moving, that’s not always the case, and there are some roads you may want to stay away from altogether, especially if you’re riding a slower 50cc machine. A good example of this would be the A12. Speed limits on the A12 vary, but they’re mostly 40mph or 50mph. The stretch between Newbury Park and Romford is 50mph, but traffic often moves much quicker, especially at night. The A406 North Circular is another busy dual carriageway that would be best avoided on a slowe 50cc or 125cc machine. Much like the A12, the speed limit varies between 40mph and 50mph. Most stick to the speed limits, but a lot of regular users no where the speed cameras are, and only travel at the speed limit in those sections.

As a motorcycle or scooter rider, you’ll be one of the smaller vehicles on the road, which means other road users may not always see you straight away. Wearing a hi-vis vest or bright clothing will counteract this.

Check out our top tips for riding in London for more information.

The Platform for New Riders

RideTo helps new riders get on the road. We’re here to support your journey to 2 wheels from your very first lesson through to your full licence and first bike.
Get Started

Learn about the different motorcycle courses on offer and choose the right one for you.

Find professional, qualified motorcycle schools based on reviews and location. 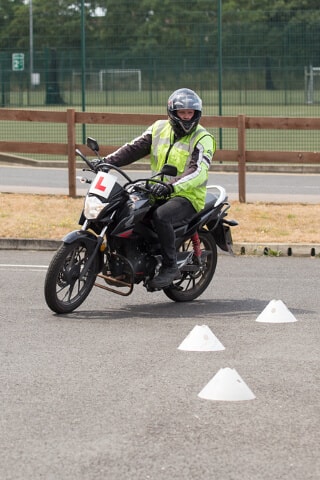 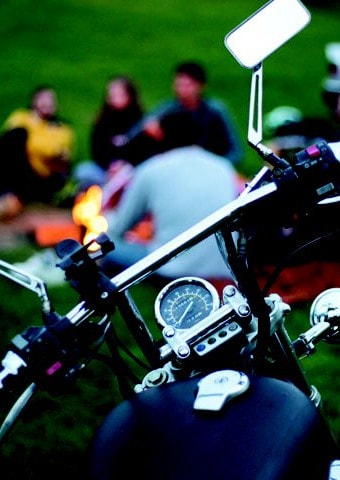 Training for every rider

Choose a motorcycle training course that suits you, whether you’re a complete novice or looking to get back into the saddle again.

Not sure where to start?

Getting on two wheels doesn't need to be complicated. Use our getting started quiz to get your tailored guide to learning to ride.
Start Quiz 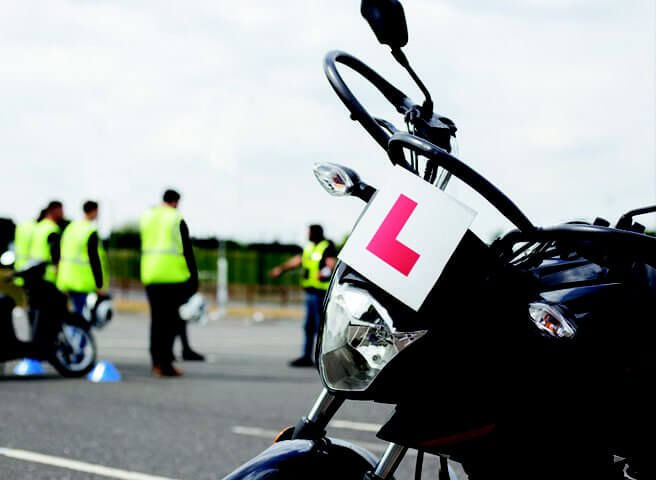 40 Cities
available across the uk

RideTo operates in more than 40 cities across the UK and has helped new riders book over 100,000 hours of motorcycle training.