Why We Ride - Ryan Winterbotham

Q. What first got you into bikes?

A. From the age of 11, I have ridden BMX, spending most of my early teens to early twenties travelling around the world riding freestyle BMX. I really felt at home on two wheels and have forever been addicted, so BMX I guess was the main thing that influenced it. However, what really prompted it was being sat at the pub with my mate and we were both like 'shall we do our bike licence?' That’s pretty much what fueled it and then from there I headed home and actually booked my theory test and looked into booking the CBT and full DAS course.

Q. So how long ago did you get your licence?

A. Just over two years ago I did my CBT and my full DAS course. Passed first time and haven't looked back

Q. What is it that you like about motorbikes that got you hooked because obviously, it's not just passing your test and riding bikes, there's a lot more to it?

A. So I am the sort of person that when I find something that I enjoy, I pour everything into it. The adrenaline is a huge part of it, just like replacing the feeling that riding BMX gave me. I don't really ride BMX anymore, so getting going into motorbikes felt like a natural progression.

Then there is the social side of things too, just being able to meet new people and a whole new way of travelling around on a bike, you just feel everything! I remember one of the first things when I was doing my test, I'd ride along and I could actually just smell so much, while I was getting around. You just don't get that in a car.

Things like that just make it a much more real experience.

It also gives me something new to learn about, in terms of maintaining, fixing or modifying it's all something that keeps my mind occupied.

Q. So you mention the social side there. Did you know a lot of people that were already riding at that point or did you meet more people once you got your licence?

A. A little bit of both really. I knew a handful of people that rode already but not a whole lot. It was kind of funny as once I did get into it, I actually found out a lot of my old friends, that I've known for ages also rode, I just didn't realise it. I also found a lot of people from my BMX days had gone on to get their licenses too.

Q. So that's like a running thing, right? Guys who used to ride BMX have gone on to ride or race bikes? Do you think that's just the natural progression?

A. Yeah, I’d say it's either that or mountain biking, but yeah I guess it's a natural progression. Then very quickly found a community of riders simply through riding motorcycles as well. So not only do I have people from BMX, but also people like yourself and others that I've met.

Q. So, run us through the bikes that you've had over the years?

A. I was pretty keen on getting a Triumph because I love Triumphs! I test rode a few bikes, fell in love with the Bobber… bought the Bobber. Then, after the first year, I was straight onto something else.

I just wanted to start playing around with building bikes so I bought a Kawasaki z650 1978 as a project… that is still a project. But it does run and it does work! It just needs to be finished.

After that, I went on to get a 1968 Triumph TR6 which has been an ongoing project, but it does ride, which is a good thing, and is currently my daily bike!
Then on the workbench is a 1998 Harley Davidson Sportster, which I bought as a stock bike and has now been chopped up and quite heavily customised. That's due to be finished soon… I hope.

Q. What would you say is the best thing about bikes?

A. I guess the overall thing for me is probably the fact that it's just given me a whole new lease of life and it's kind of endless.

You can ride a bike anywhere and in my opinion is the most fun, interesting, exhilarating way to get around anywhere. So not only is just riding around town fun, but you can ride in countries all over the world. You can hire bikes, you can go off-road, you can go on the road, there are just endless possibilities, so I know that I'm never gonna run out of places to ride!

Yeah, unless obviously, I hurt myself and hopefully, that doesn't happen any time soon.

A. It's hard because obviously, trips didn't happen too much because of various reasons and the whole pandemic being in the middle of it, sure. I don't know if I have a single best experience.

Any day when I just go out with a group of friends and we ride bikes and ride around and drink coffee and eat food. To me. That's pretty much the best thing.

Q. What's the top of your biker bucket list?

A. After recently watching some stories of a guy that I follow on Instagram. I'd love to do a pretty hefty road trip in Africa because it looks incredible.

His name is Archie Leeming and he’s also a keen photographer. Some of the trips that he's been on, look insane. He's based in Cape Town, South Africa I believe. There are endless trips going up Africa, from what I have seen. Africa is pretty cool in terms of its geography. It’s got everything right? It’s deserts, its forests, its mountains and its beaches.

What appeals to me is the opportunity to do a lot of the trip, off-road. I also much prefer the idea of being away from people, on bikes in nature and with amazing scenery, than riding on a motorway or something like that.

Q. Which leads us nicely on to the fact that you’re a professional photographer and you’ve had various shoots which include the involvement of motorcycles. Was that you're doing or just chance? How has your relationship with motorcycles impacted your work as a photographer?

A. So photography, although it's a job, it's a passion. So naturally, I like to photograph elements of my life, whether that be taking a walk down the seafront or hiking in the mountains or going on a trip with my friends on bikes or going on a day out with bikes.

Just in general, a bike to me is quite a nice subject. So naturally, I just fell into just photographing the new passion of mine which is obviously bikes and the people that are involved in bikes.

Sometimes I suggest the use of bikes where I find it suitable, but I’ve been surprised that the shoots I’ve done so far, like the Stubble & Co shoot, was actually their idea to get motorbikes in for the shoot. Obviously, I wasn't going to say no to that. Turned out to be quite a tricky shoot with trying to organise two riders as the sun was going down. We were very much against the clock with a lot of aspects but I think we managed to pull it off.

Ryan was our photographer for the New Rider Journal shoot. If you want to keep up to date with Ryans' work you can find him on Instagram here. 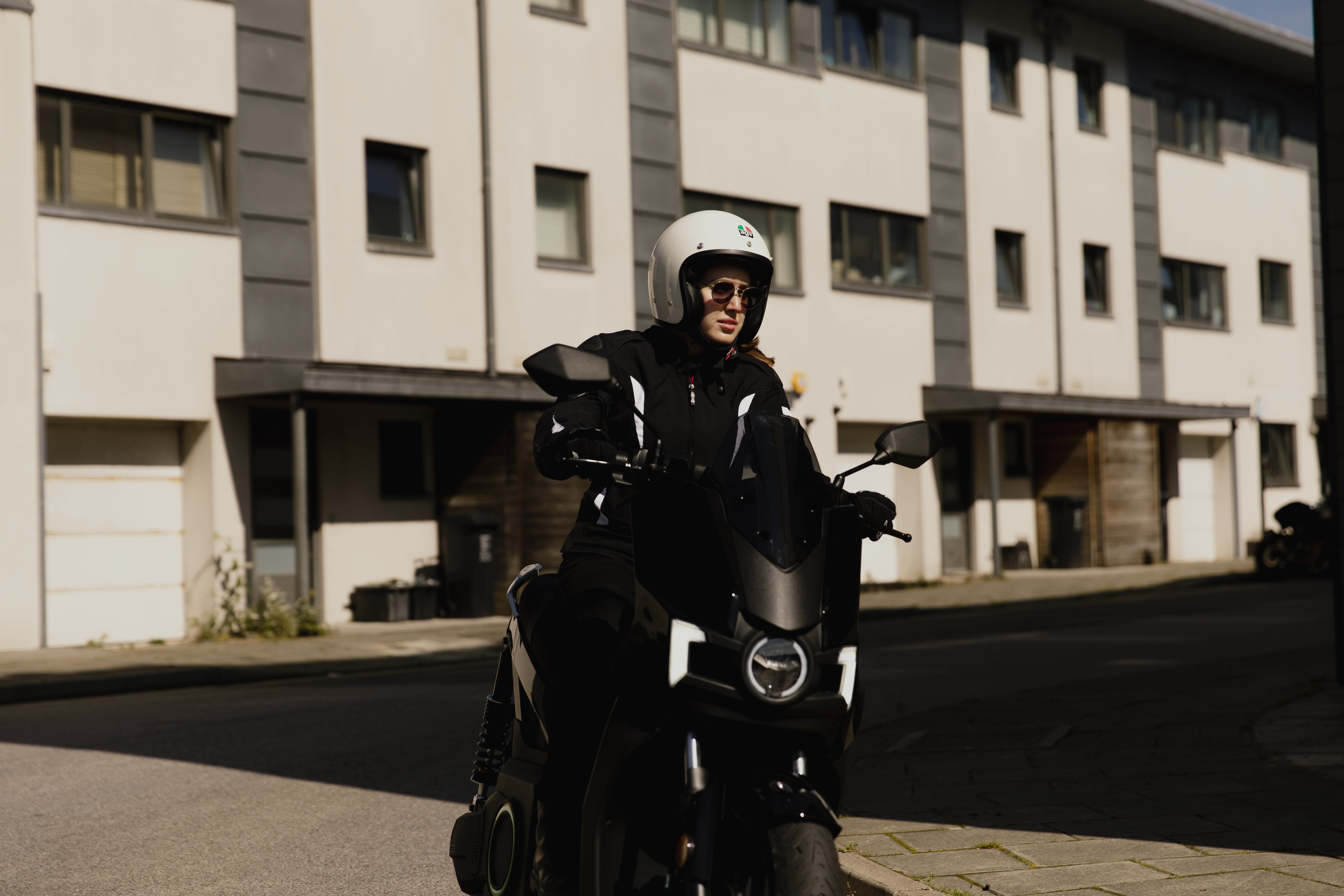