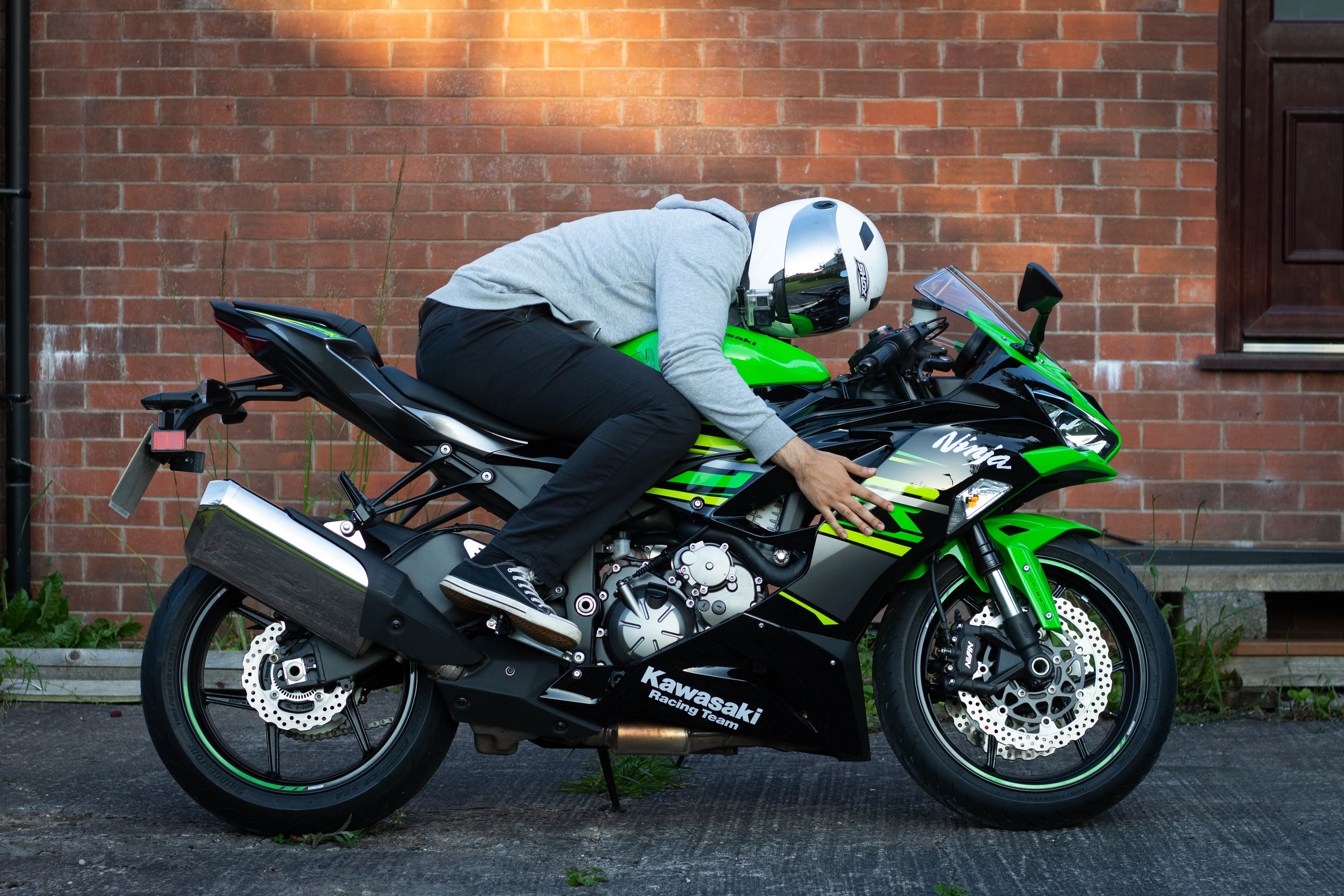 From Poster to Picture - My Ninja Story!

From my earliest childhood memory growing up in a small room in our house in Rochdale, sleeping on the top bunk of a double bed, I remember seeing two posters on our wall every day...one of which was a Kawasaki Ninja motorbike. I recall being fascinated by this image and thought of bikers as an "exclusive club" of individuals who had somehow reached this status or qualification to be able to ride these amazing machines. I certainly never thought in a life time I'd be able to ride a motorbike, never mind a Ninja. Fast forward 15 years to today, and it feels almost surreal to say that I now have a brand new Ninja 636 in my garage, here's how it happened...

Growing up, I was aware of motorbikes and riders, and I used to be the kid that would wave at them from the car window whilst travelling down the motorway. A few years later, both my uncles started riding motorbikes, and eventually they both had 1000cc supersports, I remember the buzz we used to get just hearing the engine start up. Whilst all this admiration was ever present, I still had this notion of bikers only being a specific group of people, and that I would never get the chance to become one of them.

When I started my first job, I passed my driving test and began looking for first cars to use for commuting. However I soon experienced the bitter taste of any new young driver - insurance! I couldn't get insured on any car for short of an astronomical price, and started to seep into a demise of accepting I'd have to sacrifice that element of freedom and use public transport. It was then, one of my uncles (who had a little 125 lying around), asked me if I'd ever considered getting into biking. I was almost confused he even asked me?! After looking into it a bit more and discovering it only requires a one day course (CBT) to get started I thought I'd give it a go. And so my first biking experience began, commuting to work through the rain, wind, sleet, snow and anything else the British weather had to offer, on a little Honda CBF 125... 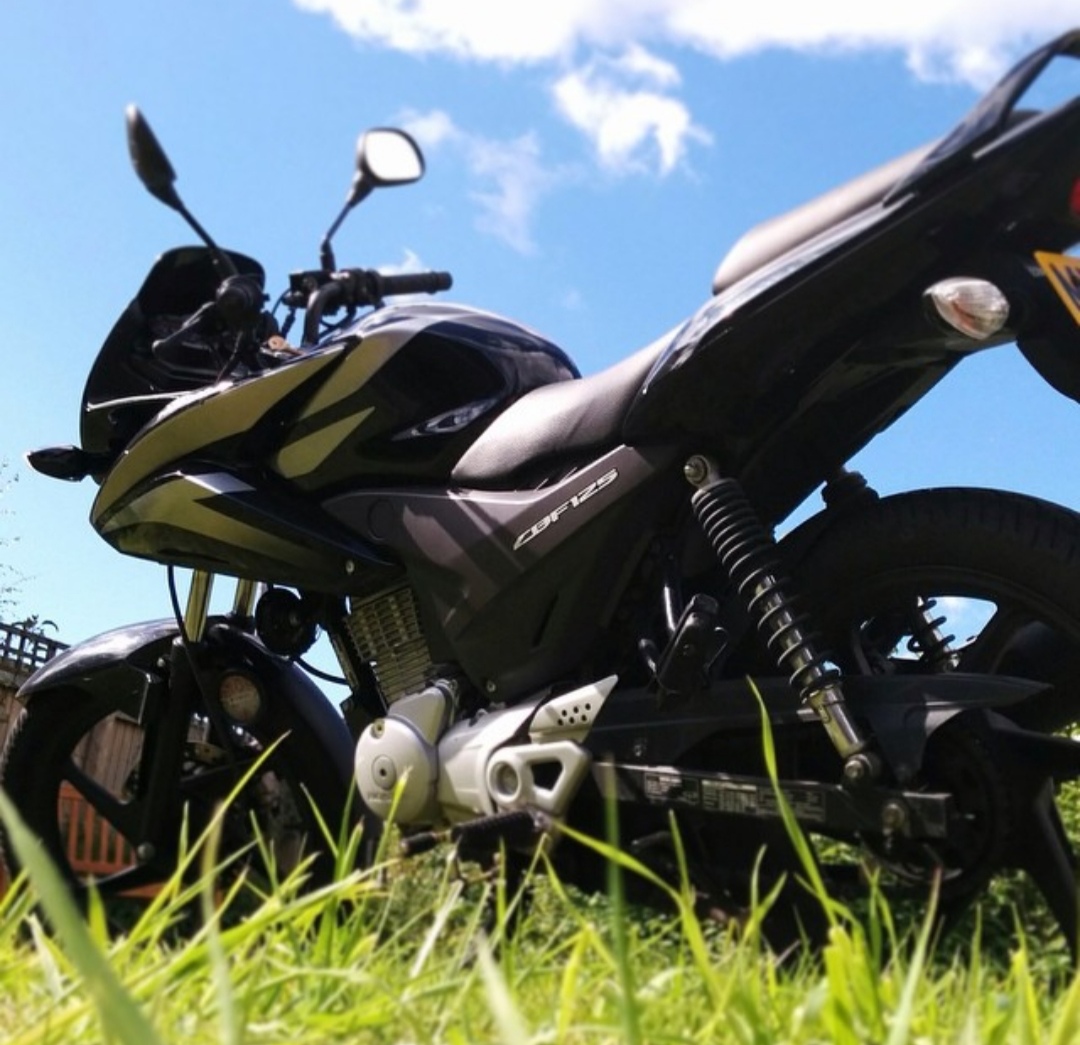 Where the Passion Grew From

As soon as I started commuting on this little bike, I felt like I'd unleashed a sixth sense. The feeling of riding this bike was incomparable to anything I'd experienced with any other mode of transport. It was the feeling of oneness with the bike, the perfect harmony between man and machine. The wind through your helmet, the sounds of the mechanics of the bike, the smell of the trees and freshly mowed grass as you rode past, it was a sensory overload which just isn't present when you're sat in the glass box of a car. The unity between the biker community was amazing, the amount of people you speak to or meet just on daily travels, the lower expense of it all, everything about it, I loved and more. I immediately recognised this is what I was meant to do, and started instantly thinking about what bike I wanted to buy next :p 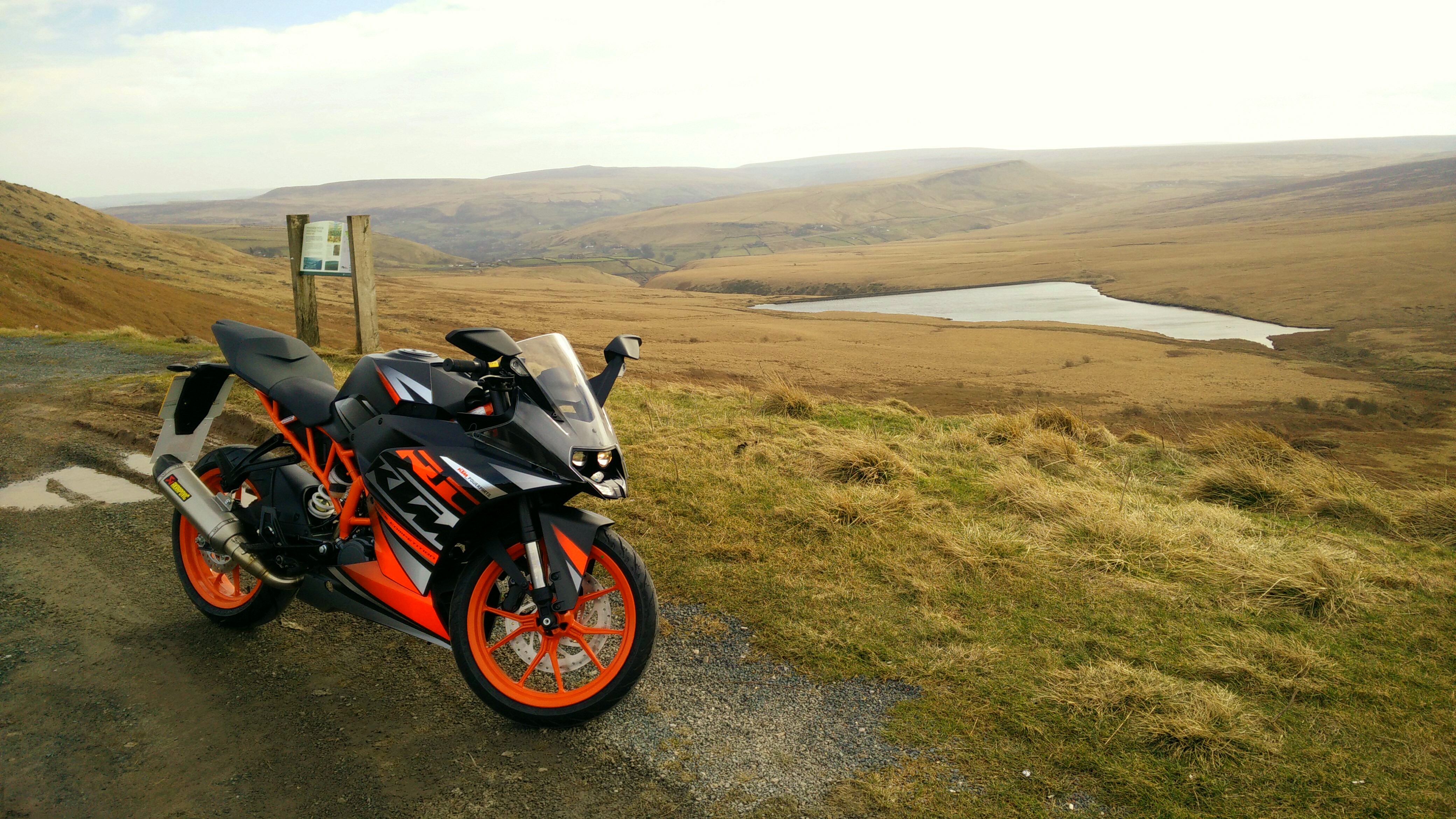 Once I got used to riding a 125 and was comfortable and confident on the road, I wanted to get something a bit newer and more reliable. I had a look around and was very tempted by the Yamaha R125, but ended up grabbing a really good deal on the brand new KTM RC125 which looked amazing with it's semi naked/supersport theme. The electronics were fascinating on it, it was nice and tight to ride, and it looked amazing. I absolutely loved it and it was like a dream to get on it every day. Unfortunately I wasn't the only one who loved it... and it was soon stolen by some thieves, never to be recovered, the dream was soon over :(

It took a while to recover from the blow, especially financially, but I knew I couldn't give up, I couldn't go back to sitting on a bus for 2 hours staring out the window watching other bikers ride past. I pulled every string I could, and with a bit of help and support from my family managed to pick up a second hand Yamaha R125 :D

It was a nice deep blue, and the paint job looked amazing. It was also fully decked out with an exhaust and a few other after market parts thrown on. I came to enjoy this even more and thankfully this lasted longer than the KTM and I had it for over a year, loving every second of it. 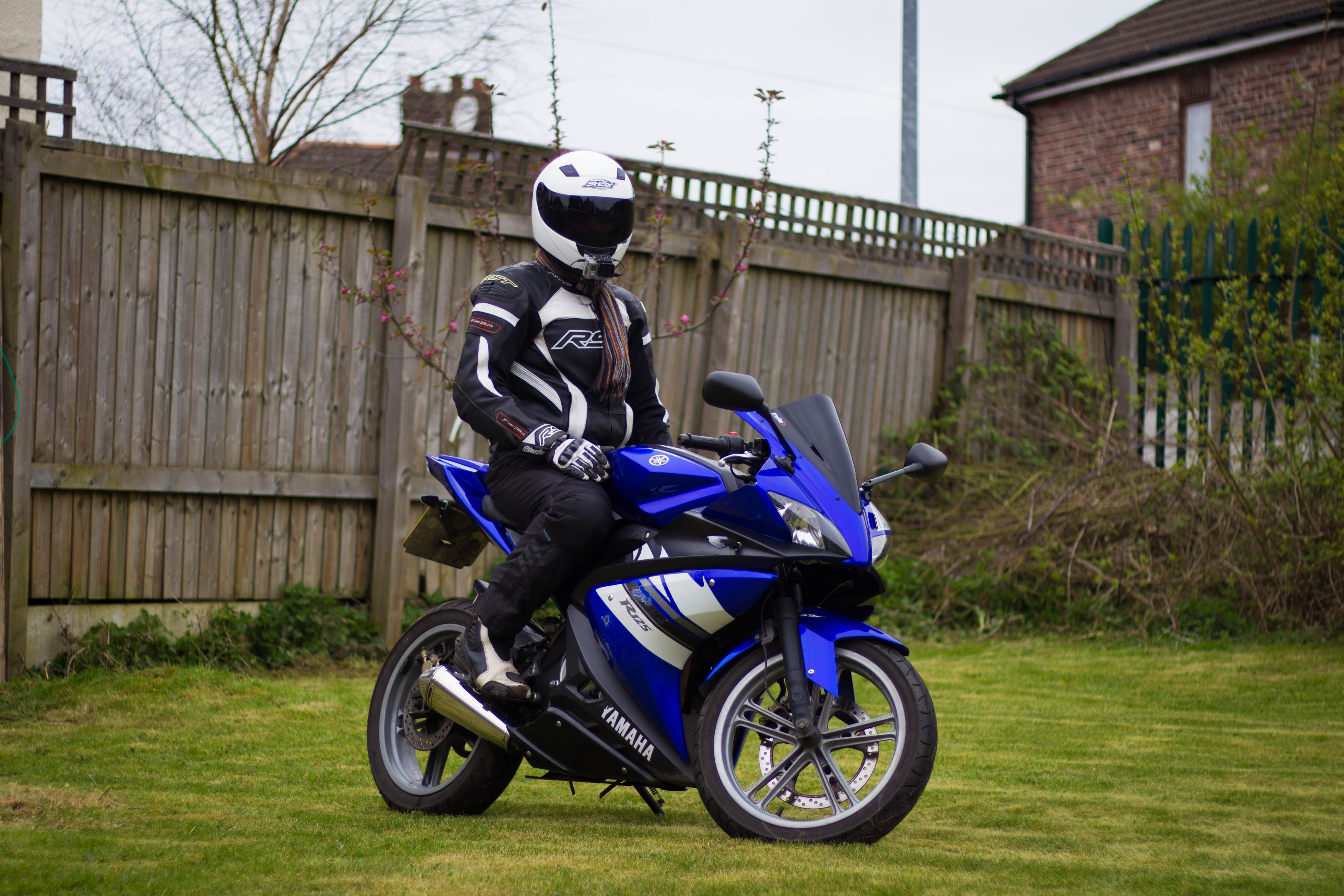 Seeing as part of my aspiration for wanting this Yamaha R125 came from watching other 'Motovloggers' on Youtube. I started to wonder what exactly it was and why these people were doing it. A "Motovlogger" is essentially someone who rides a motorbike and vlogs at the same time. I'd had an interest in videography from a young age anyway, so thought I'd try and combine the two passions into one. I launched my Youtube channel - DanTheTwoWheeler and have never looked back since. Almost as much as biking itself, I enjoy the process of sharing the experience with other people, and inspiring more like-minded people to consider getting onto two wheels.

After a year of fun on the R125, I decided it was time to upgrade, and have a taste of some more power! I completed my full license and bought a lovely Yamaha FZ6. It's a naked 600cc motorbike with the same engine from the R6 (albeit detuned slightly). This almost dialled up the whole experience by having that extra oomph in acceleration and power. I had some amazing experiences on that bike and travelled further than I'd ever been because of how sturdy and solid it felt, if anyone is perhaps looking for a budget middle class 600, it's definitely something I'd recommend! 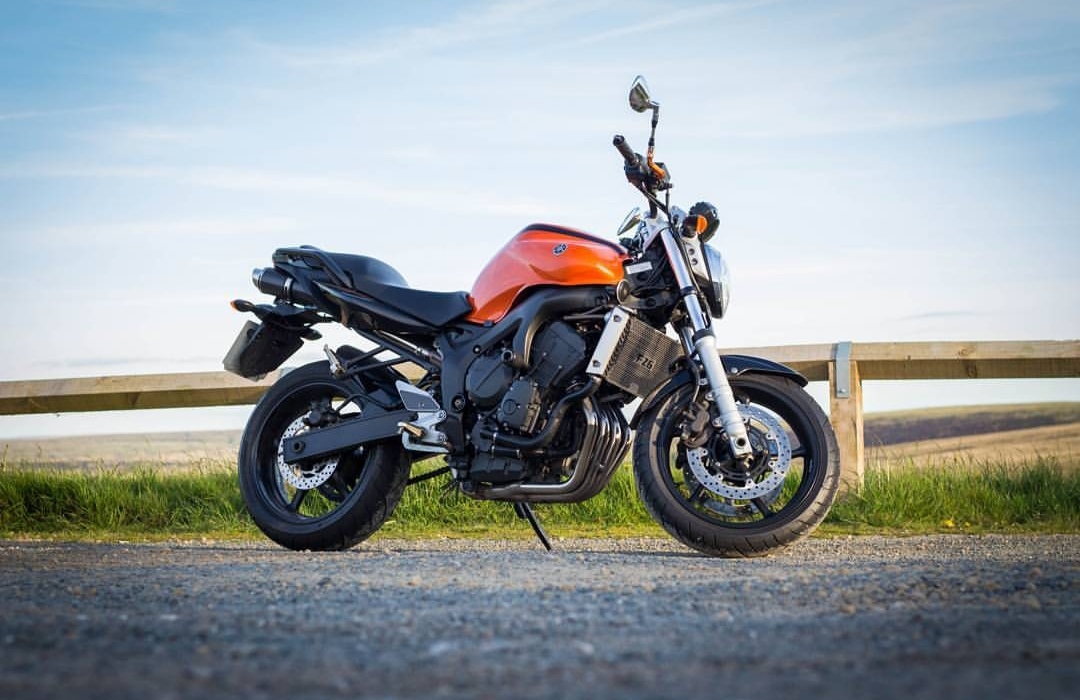 After another year on the FZ6, with plenty of videos on my channel, I felt it was time for another change. I'd had a sporty 125, and a powerful 600, but not a sporty, powerful 600. I'd always been intrigued as to what that sporty riding position would feel like with more power, and so started to window shop once again. Coming up to the start of this year, I'd shortlisted a few options, but then...I remembered the poster on the wall. I remember the childhood dream which at one point seemed so distant, that it was impossible.

Now there was no choice to be made, there was only one bike I was going to buy... the Kawasaki Ninja. I picked it up just a few weeks ago and boy it is everything I could've wanted and more. Throughout my years of biking, I've met some great people, been to some amazing locations, and had hours of pure enjoyment, fun and bliss. To anyone who's considering becoming a biker, or even just toyed with the idea, don't be the person that thinks they can never do it, that they can't become part of the "exclusive club". All you have to do is start, and I promise you'll never look back!

If you want to share your story email partners@rideto.com