Our rider stories idea came off the back off the constant negative press up and down the country, in which media continues to portray anyone who rides a motorcycle or scooter as a potential criminal. Obviously there is an epidemic of bike theft and crime happening and those who ride (and own the bikes!) are being affected more than anyone.

However, we still love riding bikes and feel the media needs some fresh content on the actual people who ride. Our mission with Rider Stores is to profile those behind the helmet, their personal stories and why they ride. We see at RideTo all the time the incredible diversity of people getting on two wheels, why they ride and what they ride. We want to share these stories and profile the humans who ride. 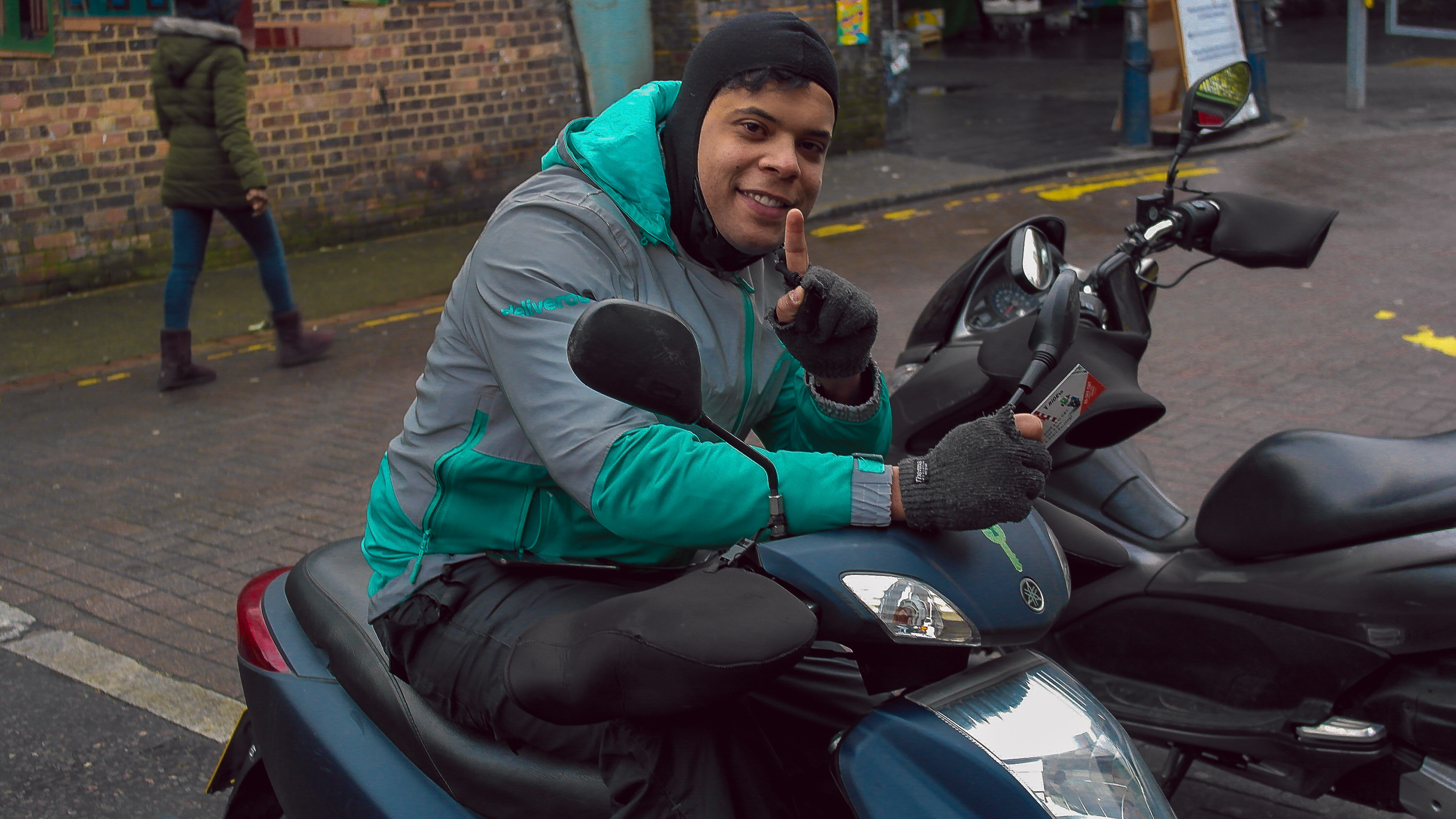 The money (from delivery jobs) haha! I like riding, it makes working very flexible. The feeling of being free while riding is a big reason. It's a different job to most, you start and finish whenever you want, any hour of the day. Very easy job and it's nice. I really love motorbikes (...and money) so what better way to earn money than to ride around the things that I love! You can work as hard or as little as you want without a manager to hassle you in your ear. 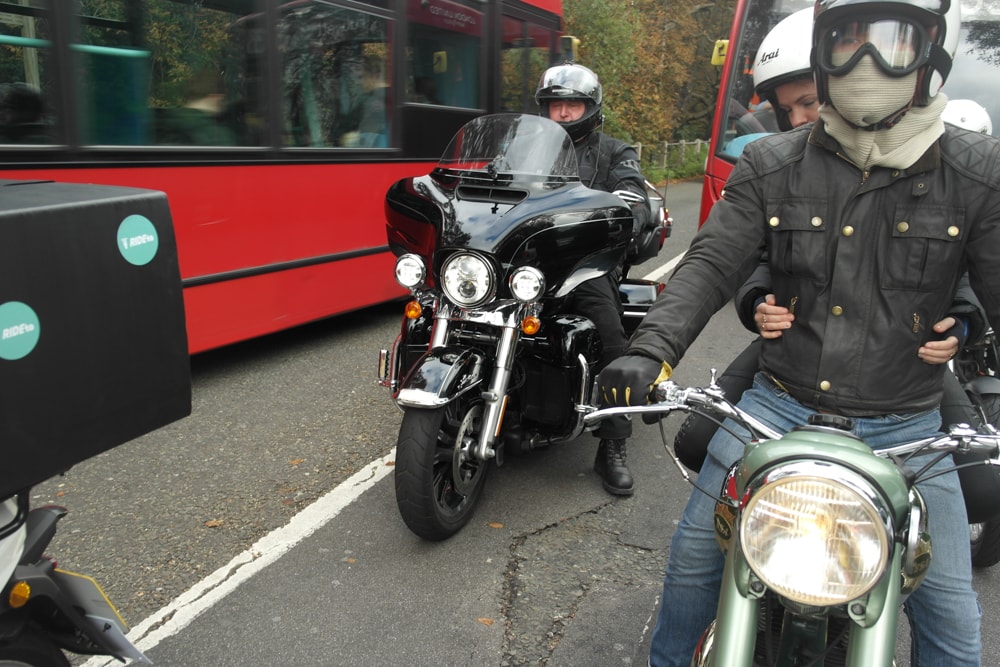 I ride because I enjoy the freedom of a motorcycle. I don’t have to ride one every day, which means that I can pick the weather and the route depending on how I feel, which adds to the experience. There is nothing better than the clear roads of Brittany or the twisting mountain roads of Spain on a dry day, to enjoy the escapism presented in riding a quality motorcycle. I got into biking at the age of 16, as in the 1970’s you could ride a moped, a year before you could drive a car. I progressed to a 250cc motorcycle a year later and learnt to drive a car but it was always my love for motorcycling that won over. I worked as a courier for 5 years and this subsidised my university studies, so I was able to use my passion in a useful way. Now 40 years, 20 motorcycles and over 500,000 miles later, I still get as much of a buzz every time I ride my Harley, as I did the first time I ventured out. One of the most important lessons I have learnt over the years is the vulnerability to injury that you have every time you climb aboard, whether it be a mistake that you make or made by other road users, which is why I would urge anyone, to undertake professional training and to wear the right gear. 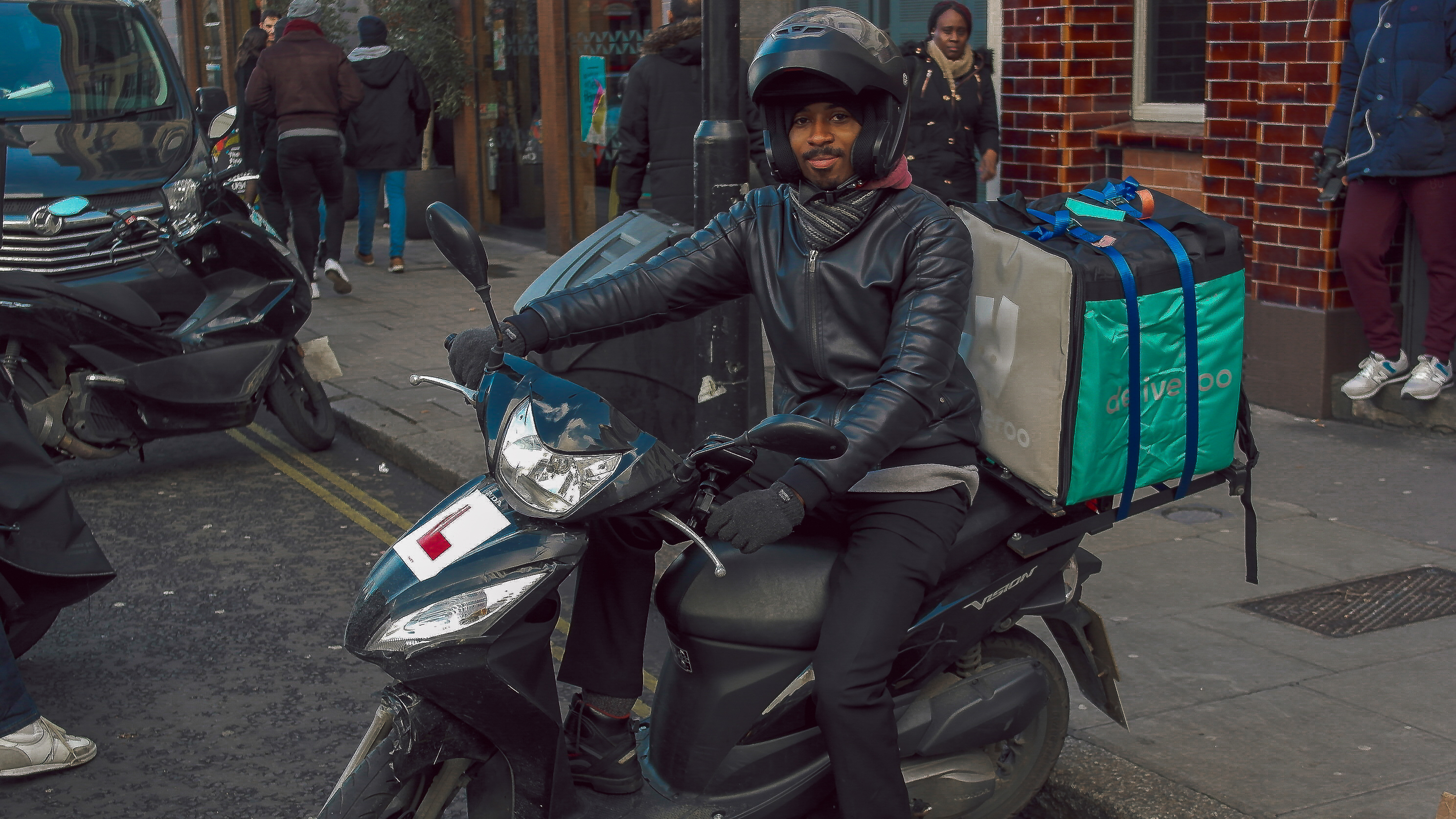 I’m not actually sure about what made me start riding. I think it was just the convenience of being able to travel around london. The first time I got into riding was at the start of university in 2015. I was situated literally in the middle of London, so I thought if I got a bike, I could just cut through the traffic and get to my lectures early.

This is my 125cc Scooter, but before this the motorcycle I had was geared. It was probably the thrill of the exhaust and the noises of the gear change as you ride that excites me the most

If I could give any advice I’d say don't do it unless you really love motorcycles. A lot of people want to do it, they always come up to me and say “I would love to ride a motorcycle!”, but you have to ask them “would you really?”. Then they’ll suggest something crazy like a 1000cc engine and you just have to tell them no, slow down! They just say it because it's there in front of them, it's that whole contact high thing. So yeah, don't ride unless you really want to do it, not just because everyone else around you is. 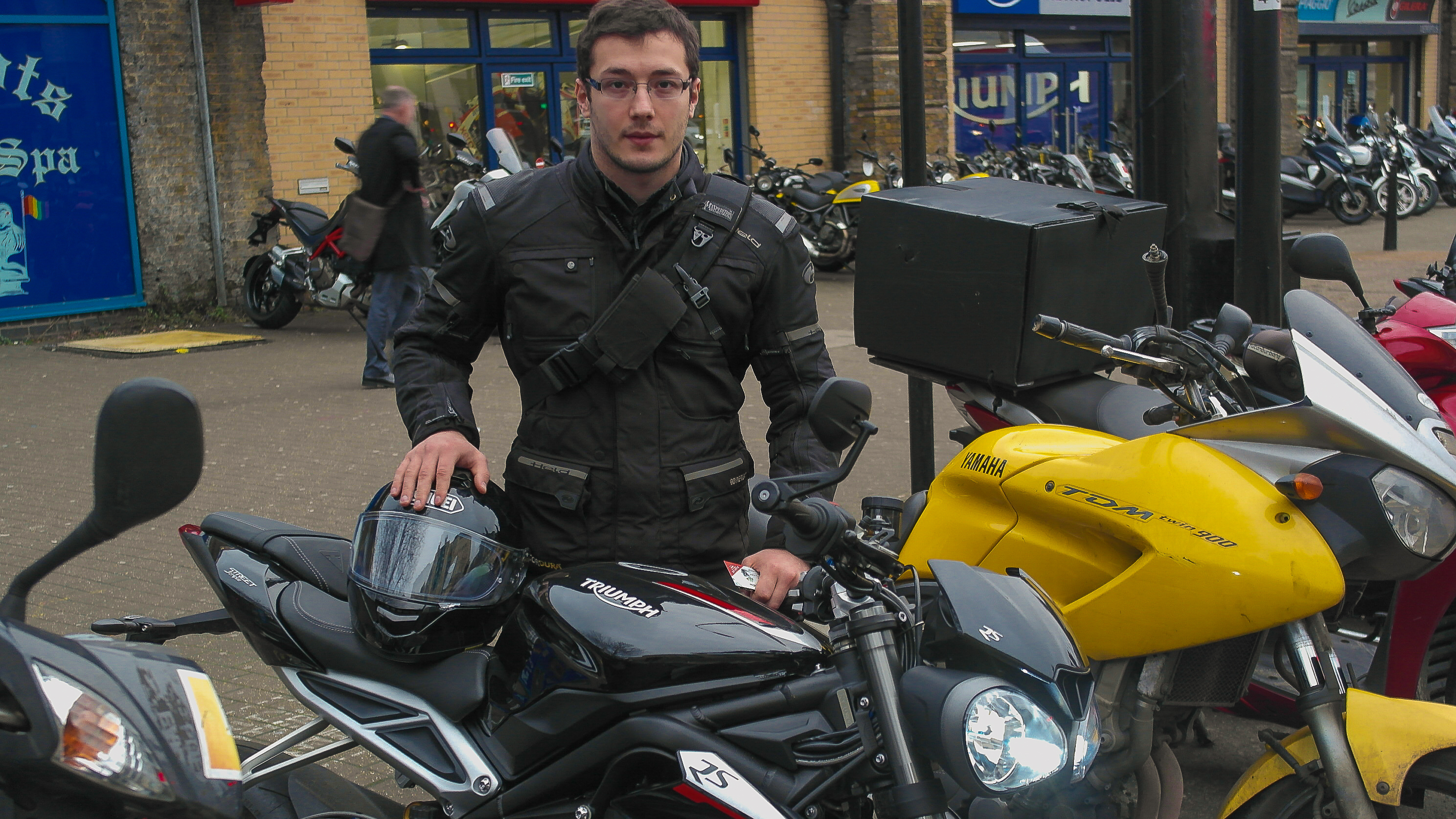 Well, I started riding because it was cheaper and faster than any other form of transport in london. Public transport costs are much more than riding. In fact, it's cheaper to buy a full size motorcycle on PCP credit than it is to travel from zone 1 - zone 2 per month. So that’s how it started but then I got really into it.I got a bigger bike, then a bigger one and another. That's how I ended up here with this one. Now I ride a Triumph RS 765cc 2017.

It’s hard to say what I enjoy most about riding, I guess you get more freedom on the roads from other cars due to the positioning. You're sort of bare and exposed to the elements, so it feels more relaxed than driving a car. Also, there’s much more power in the engine for a cheaper price!

I’d advise others to start with a CBT, it's a one day course so just try it out for a day and see if you like it. If you don't, you'll stop there. If you do, you'll progress and you’ll have to do it anyway to get a full licence so there’s no harm. 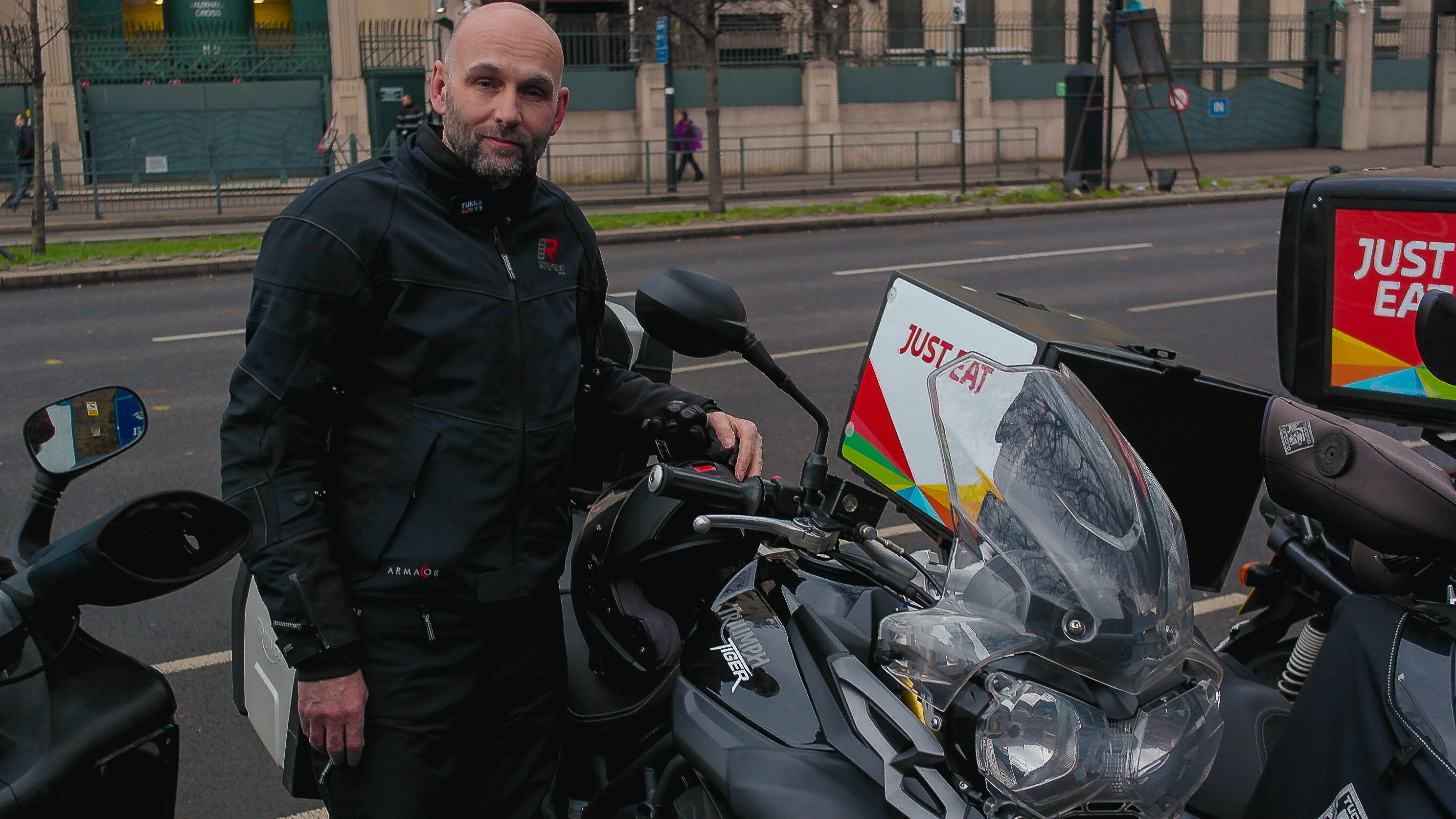 PRACTICALITY was the main reason I started to ride. The cut down in commuting time. Start small and do every single course that you can, there's loads of great free ones out there. I actually do one with the police and it's free. These sort of things taught me how to ride properly and give you signs to look out for in other drivers.

Everyone knows, accidents aren't generally the riders fault but more the fault of drivers around them. So I’d say do as many of them as you can and keep doing them. That’s what I do, i've been riding twenty years and and I still do them every now and then. It's good because you need to refresh your memory and get rid of the bad habits that can get picked up. 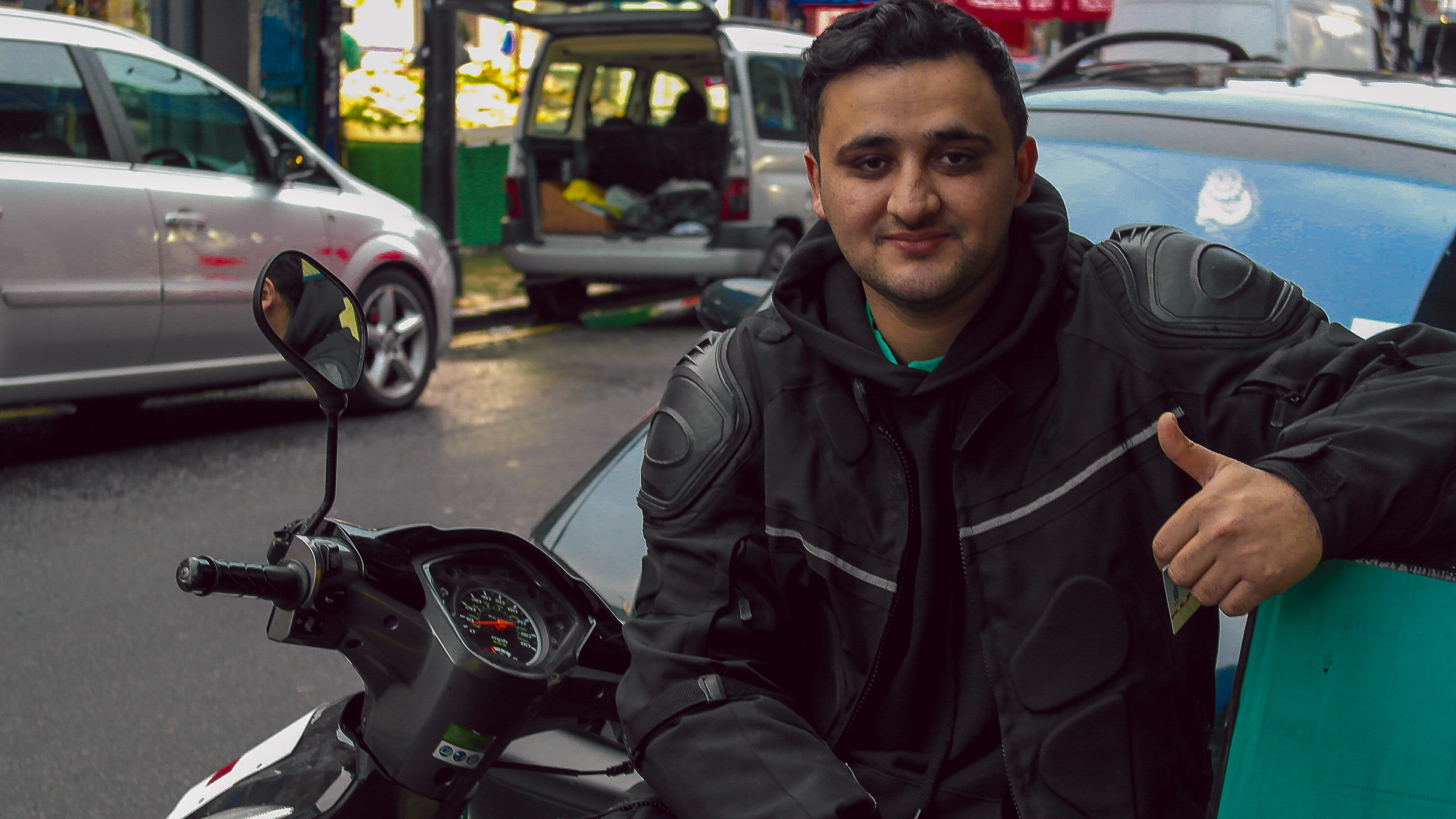 Life made me start riding man. I don't have a degree or anything, so it's really hard to earn money and pay for your expenses, bills...you know rent, so that’s what made me get into it. I needed a bike to start making deliveries and earning.

Riding is a lot cheaper than driving and you know that on the roads there is a lot of traffic, but with a motorbike you can cut down journey time and get to your destinations a lot quicker.

Delivery work is good money! You’re able to be flexible and make money when you want, you just need to be careful on the roads. 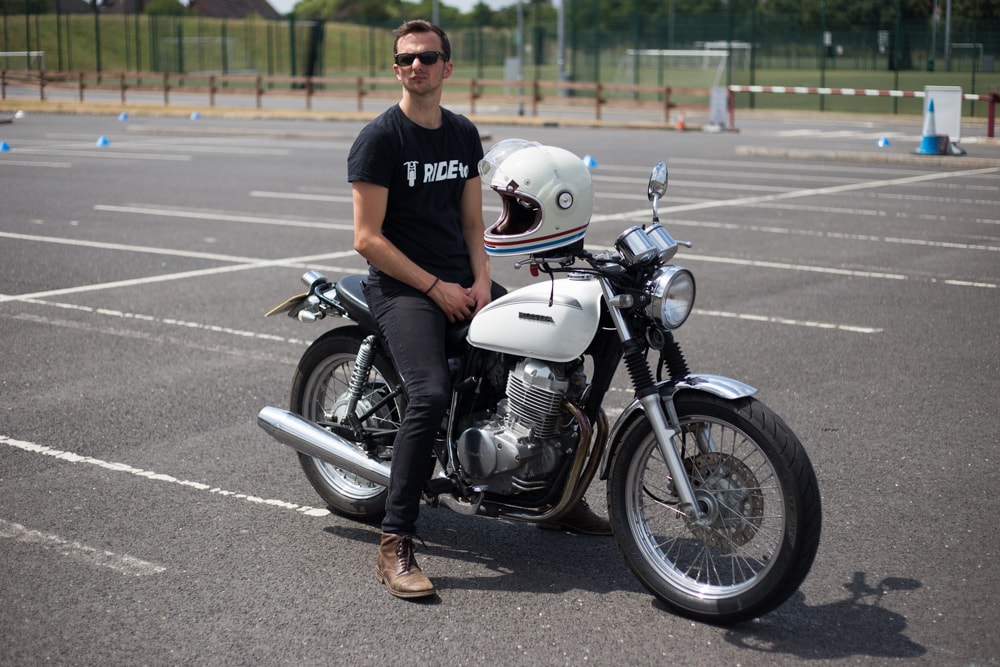 I started riding as a kid on Motorcross bikes, purely for the fun and excitement the sport offers. It stayed that way for many years until I moved to London and needed a better way to get around town. The tube was expensive and unpleasant and cycling meant turning up to work hot and sweaty wearing lyrca.. neither worked for me, so decided a Vespa scooter was the way to go.

My Vespa was a game changer for getting around London. It halved my commute time and cut my travel costs down from £120 to £20 a month! I soon found riding was a slippery slope of obsession and moved on from a CBT to take my full motorcycle licence and get the bike I currently ride; my Honda CB 400ss. It's a great bike for London; light and easy to ride in traffic and not too flashy I need to worry about it.

I founded RideTo after the process I experienced learning to ride. I found as a new rider it was a mind boggling, time consuming and frustrating process. There's a lot of information and things to learn, which to date has not been easily accessible online. Our mission at RideTo is to make it safer and easier for more people to experience the joy of riding a motorcycle and to put technology at the heart of improving the experience for new riders. We're just getting started on this journey but can't wait to hear more rider stories about why they ride to.. 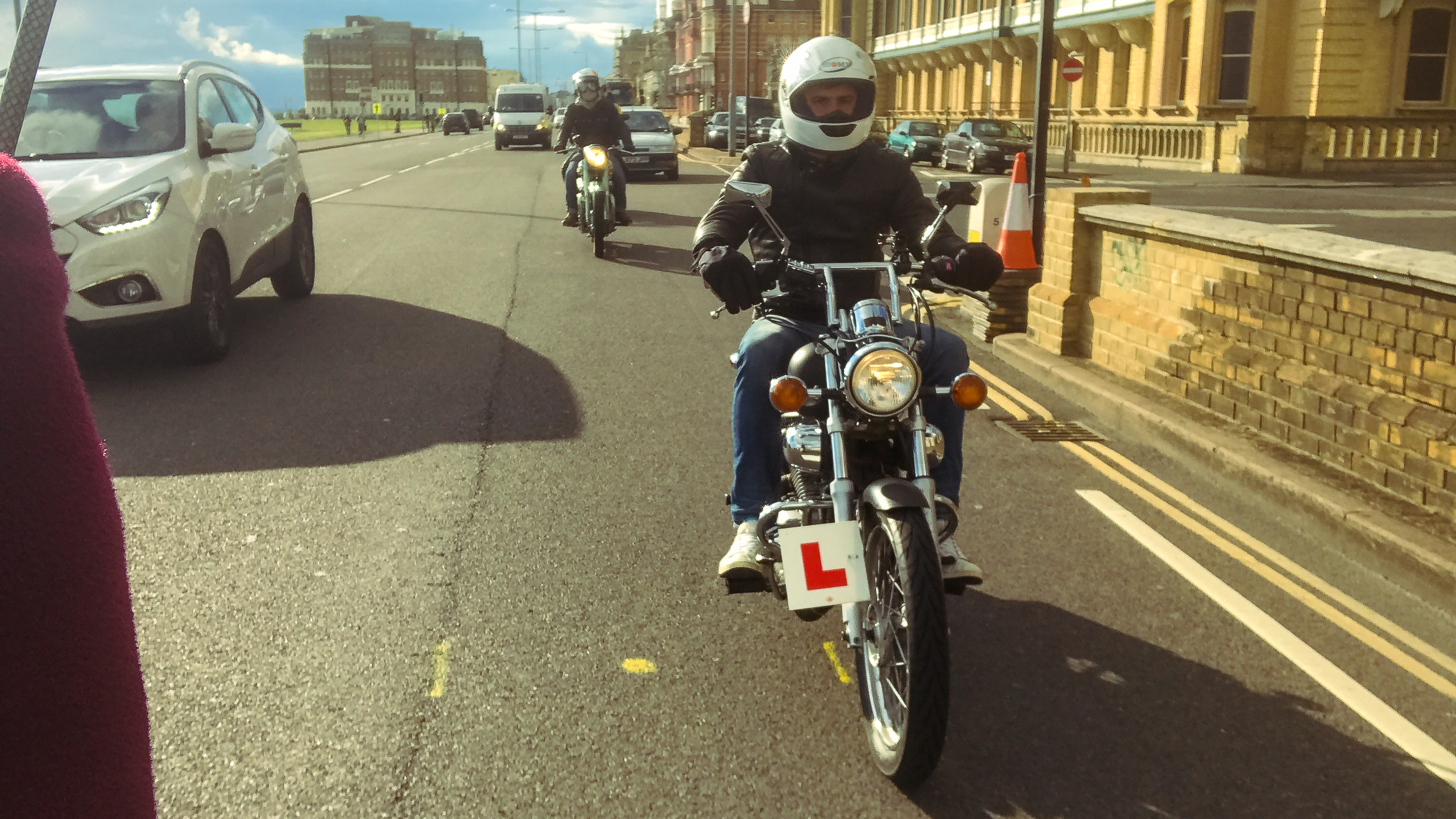 I originally got into motorcycling to fix up old bikes. I love motorcycles from the 50s and 60s and fixing them up - it adds so much to the riding experience when you've worked on a bike yourself and, in some case, saved it from the scrap heap. The freedom a motorcycle offers was also a huge appeal and my mates and I take advantage of that as much as possible by going on trips - we can just pick where we want to go and get on our bikes.