Vespa Elettrica Rolls Out In 2018.

The Piaggio Group have rolled out a brand new electric version of its iconic Vespa scooters at the EICMA motorcycle show in Milan. Aptly named the Elettrica, this model is planned for production in 2018 as more automakers go green and embrace electrification by releasing all-electric and hybrid vehicles.

Piaggio claims that the Elettrica in comparison to any other 50cc scooter should be superior in performance but even if there’s truth attached to its claim — a potential possibility considering the jolting acceleration you typically get with electric motors — it will come at the cost of range. 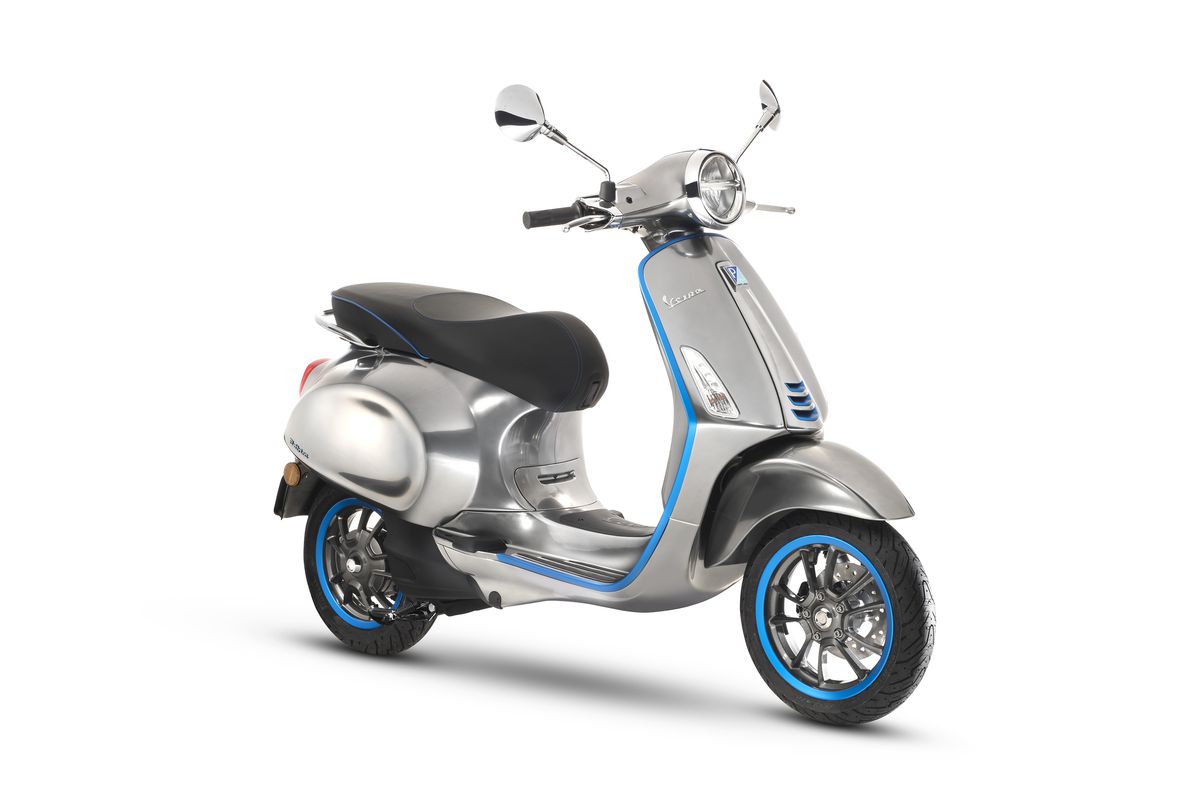 This scooter will have a range of almost 62 miles or 100 kilometers on a single charge and is easily powered from a public charging station or a home wall socket in 4 hours. It promises continuous power of 2kw (2.7hp) and a peak of 4kw (5.4hp) and operates in complete silence, Piaggio says.

The hybrid model of the Electrica which includes an additional 'X' variant claims to double the distance travelled and features a generator alongside the electric motor. The Elettrica is good for 1000 charge cycles and it’s lightweight lithium-ion battery should see a life of between 50,000 and 70,000 km. The scooter has two riding modes - Eco and Power - with the Eco mode limiting the top speed of the scooter to just 30 kmph or 18.6 mph. The nature and carrying capacity of this electric scooter necessitates that you have a valid licence to ride it on public roads by UK laws - learn how you can book and attend your CBT Training.

Moving on to the Vespa’s technology, it is also equipped with a 4.3-inch TFT colour display that allows for rider interaction and shows essential information such as speed, range and charge levels. An app developed by the company will also allow pairing of a smartphone and a Bluetooth headset or a Bluetooth-capable helmet built in with speakers and a microphone to the scooter so that it can serve up messages, incoming phone calls and even music. The app will also be able to communicate diagnostic information about the scooter, as well as locate it on a map.

It is also worth noting that this isn't the first time an electric scooter has been released within the rider market as competitor models such as Gogoro display a similar concept and design although not as widely available or stylish as with your typical Vespa.

The Elettrica is available in a chrome grey finish with metallic reflections’ and with a choice of seven different detailing colours including a blue colour scheme as released in Vespa’s promotional material.

No pricing information or specific release dates has been announced yet but one thing known for sure is that the scooter will be available for pre-order in Europe next spring, so start saving up.