Aprilia RS125 | The Legend For Learners

Since it stopped production in 2012 - replaced by the four-stroke RS4 125 in 2011 - the two-stroke Aprilia RS125 has achieved near legendary status amongst a certain biking contingent, and it’s not hard to see why.

This rasping, two-stroke 125cc bike is a lot, lot more than a ‘pretend’ learner racer. With a pedigree that helped launch the career of MotoGP legends Jorge Lorenzo and Casey Stoner through the RS125 Superteen Challenge competition, the sporting ability of the RS125 is beyond doubt. The single-cylinder motor offers plenty of revs and the chassis is so well-balanced and planted that it’s no surprise that when riding one you’ll probably enjoy leaving the throttle open for just that little bit longer and entering those corners just a little more enthusiastically than usual. 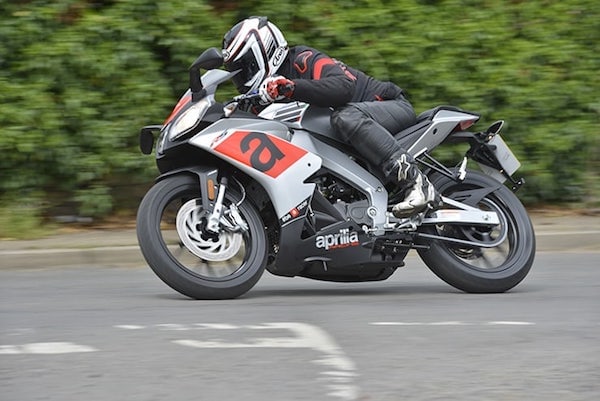 But that’s only part of the story, because the Aprilia RS125 also carries with it a little, bonus extra.

Because as a learner machine, the RS125 should only be capable of producing a maximum of 15 bhp, but if you can find one capable of derestriction (a cursory internet search will help find the details as to how to manage this) then that power output can be uprated to a whopping 34bhp.

As with all types of motorcycle that are aimed for the - let’s politely say - more ‘enthusiastic’ and usually younger rider, finding a bike that’s equally in solid condition, unrestricted (i.e. not molested) and not ridden ‘within an inch of its life’ is hard. However, it’s not impossible. A cursory look at some online markets show a few, decent examples for sale at around £2,000 (search made on June 2018).