With the government’s commitment to ban the sale of petrol bikes from showrooms as of 2035 there will inevitably be a spike in the market. However, not only are electric motorcycles ridiculously cheap to run (as little as 30p to recharge), some of our picks have stats that combustion engines could only dream of. Coupled with some pretty funky styling, this surely makes purchasing an electric bike as your next set of wheels a no brainer, right?

A futuristic new model from the German giants. The CE-04 is a 42hp full-size scooter with a range of up to 130km from its 148v battery. It is laden with features and tech, such as 3 riding modes, Full LED lighting, keyless ignition, a 10.5 inch TFT screen and even a reverse gear! That gear may come in handy though as the BMW is a chubby little guy, tipping the scales at 231kg. It's got the power, range and comfort to make it a genuine commuter over longer distances. Add to that its manga comic book looks that are sure to turn some heads, and it's a very appealing form of green transport. 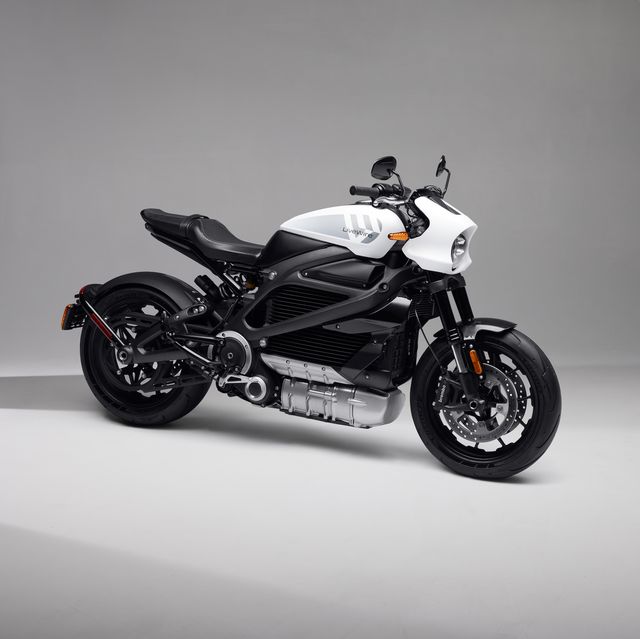 Even a stalwart of some of the thirstiest combustion engines on the market has recognised times are a-changin'. Harley-Davidson’s offering, LiveWire, is by no means an entry-level eco motor with that price tag, but its aggressive styling and valiant effort when two prototypes were put through their paces across America, has won it some admiring glances. 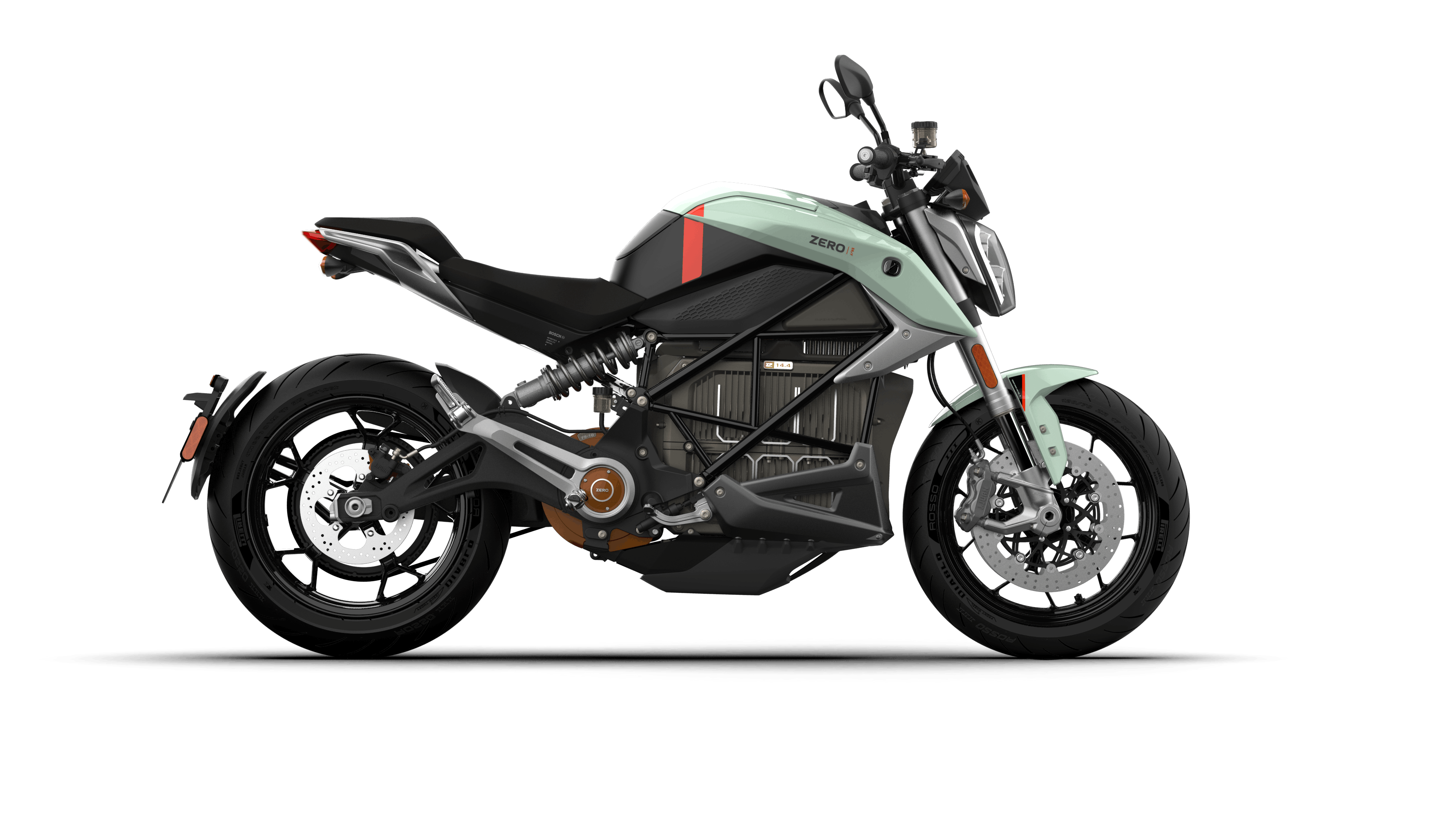 This mean-looking machine channels the hyper-naked aesthetic and extends this into the SR/F’s performance stats. Its mind-boggling 0-60mph time on a dyno of 1.6s would leave F1 cars and MotoGP bikes in an embarrassing cloud of, well, nothing, because of no emissions, in reality, the 0-60mph is closer to 3.7s but you've got to admit that's still pretty impressive. Its mid-market pricing and considerable range make it accessible for both daily and fair-weather riders.

Another stripped-back entry, the Eva Ribelle is one of the most power-laden of all the bikes in this feature. This is the MotoE brand’s EGO model that’s been on an intensive juice diet which boasts the capability of switching from track days, to city slicking, and onto luggage laden touring without breaking a sweat. 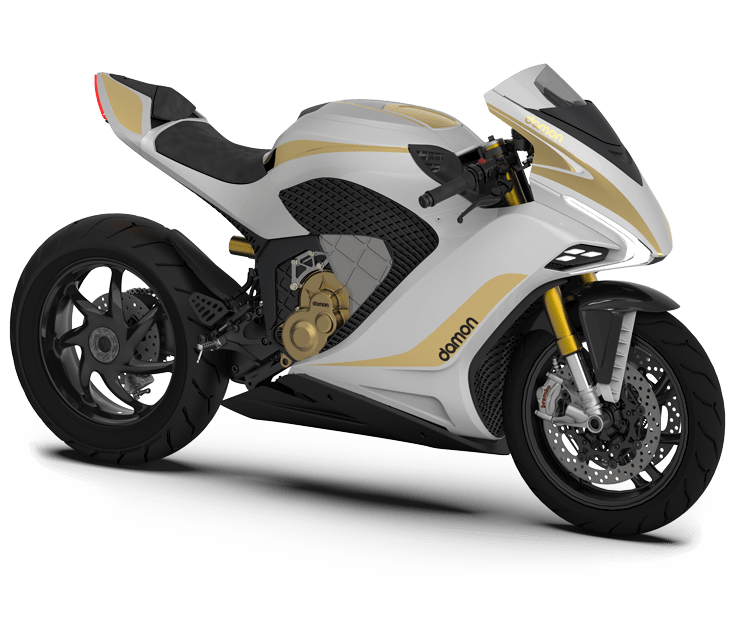 If there was ever a brand to rival Energica when it comes to the realms of MotoE, Damon could be it. The Hypersport Premier stats are eye-watering: 200HP, 200mph, and 0-60mph in under three seconds. Add to that a competitive range of 200 miles and you have a combination that could mean you never bat an eyelid at an R1 or S1000RR ever again. 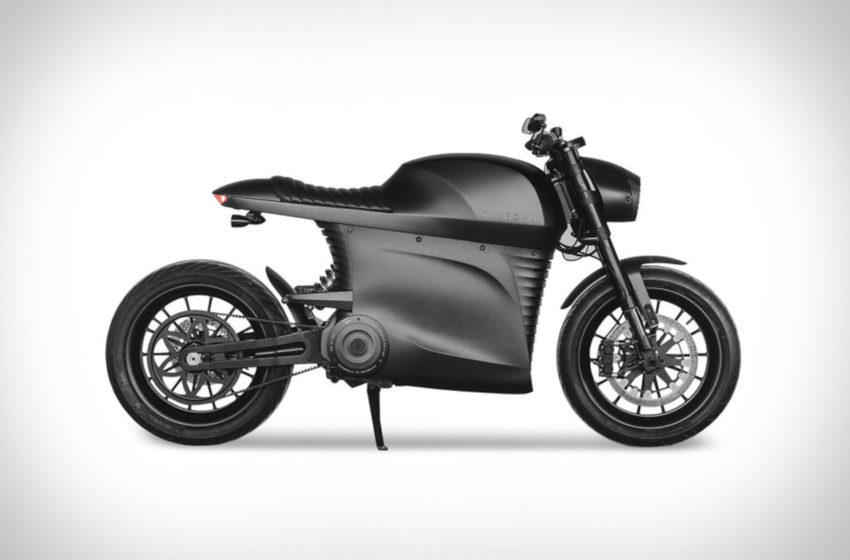 If urban cool is more your style, this effortlessly slick cruiser from Tarform might be the electric bike of your dreams. However, this is not a case of style over substance; the Tarform still has an acceleration capable of beating its petrol equivalents off the traffic lights. You can also choose between two modern classic styles by the Brooklyn-based outfit - Scrambler and Racer.

Fuell has already established a considerable reputation as a market leader in electric pedal cycles, so it was only a matter of time before it delved into the world of throttled modes of transport given its founder’s pedigree. Erik Buell (creator of the legendary Buell motorcycle brand that eventually merged with H-D) designed this specifically to meet the needs of urban riders with storage for a bag and full-face helmet, a low centre of gravity, and a sensible range. It even comes in a smaller power capacity to suit all licence requirements. 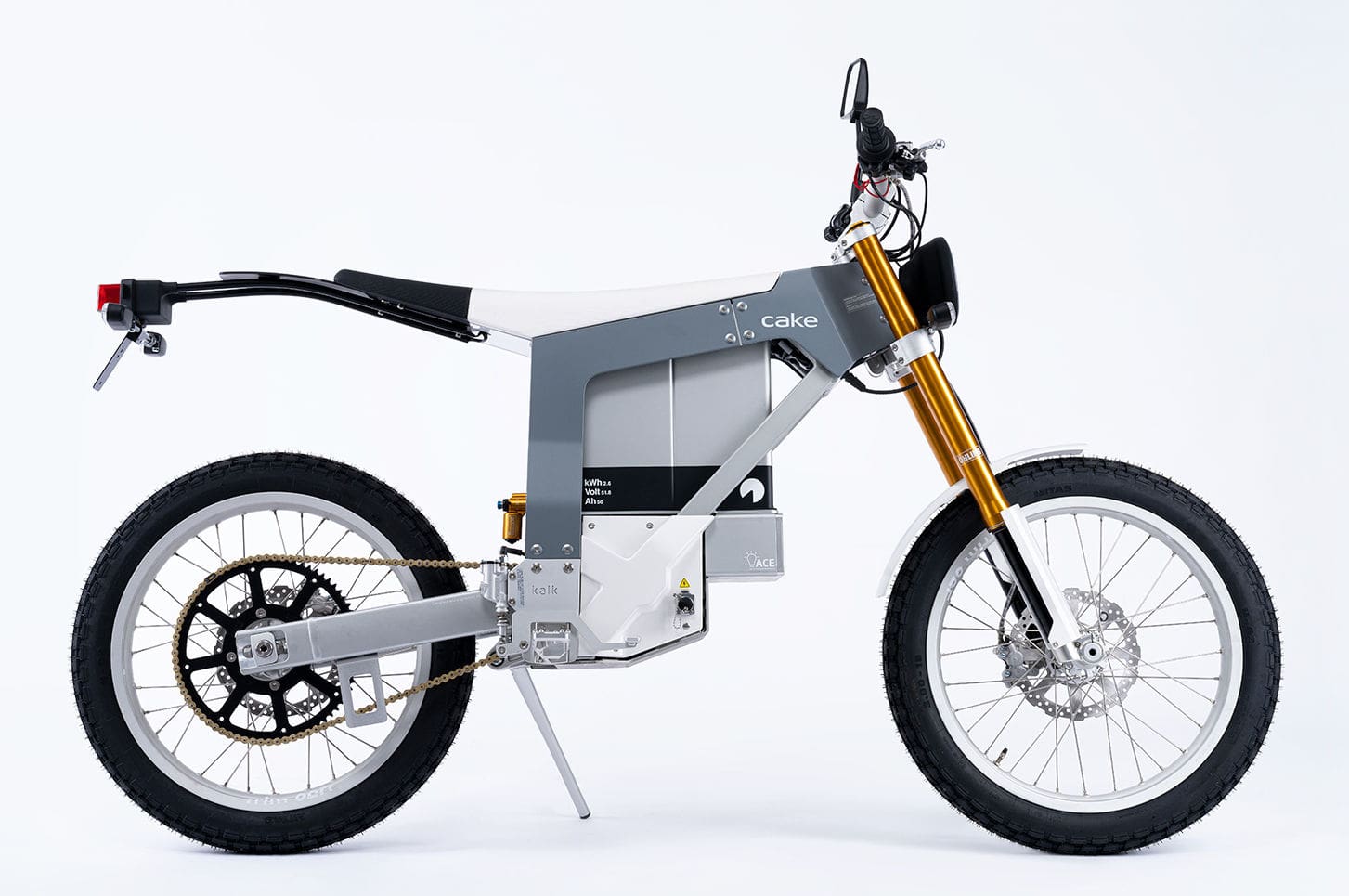 This is the road-legal sibling of Cake’s Kalk OR (nope, I’ve no idea how to pronounce the ampersand either). It’s designed to be an intermediary between an electric pedal bike and the larger competitors already listed within this article. Its diminutive stature doesn’t mean it skimps on quality, with the frame forged from aluminium and Öhlins premium air forks as standard. It can also be charged from standard 110v/220v outlets in three hours making it a convenient mode of movement. (N.B. Apparently, it’s pronounced ‘Kalk And’ - now you know). 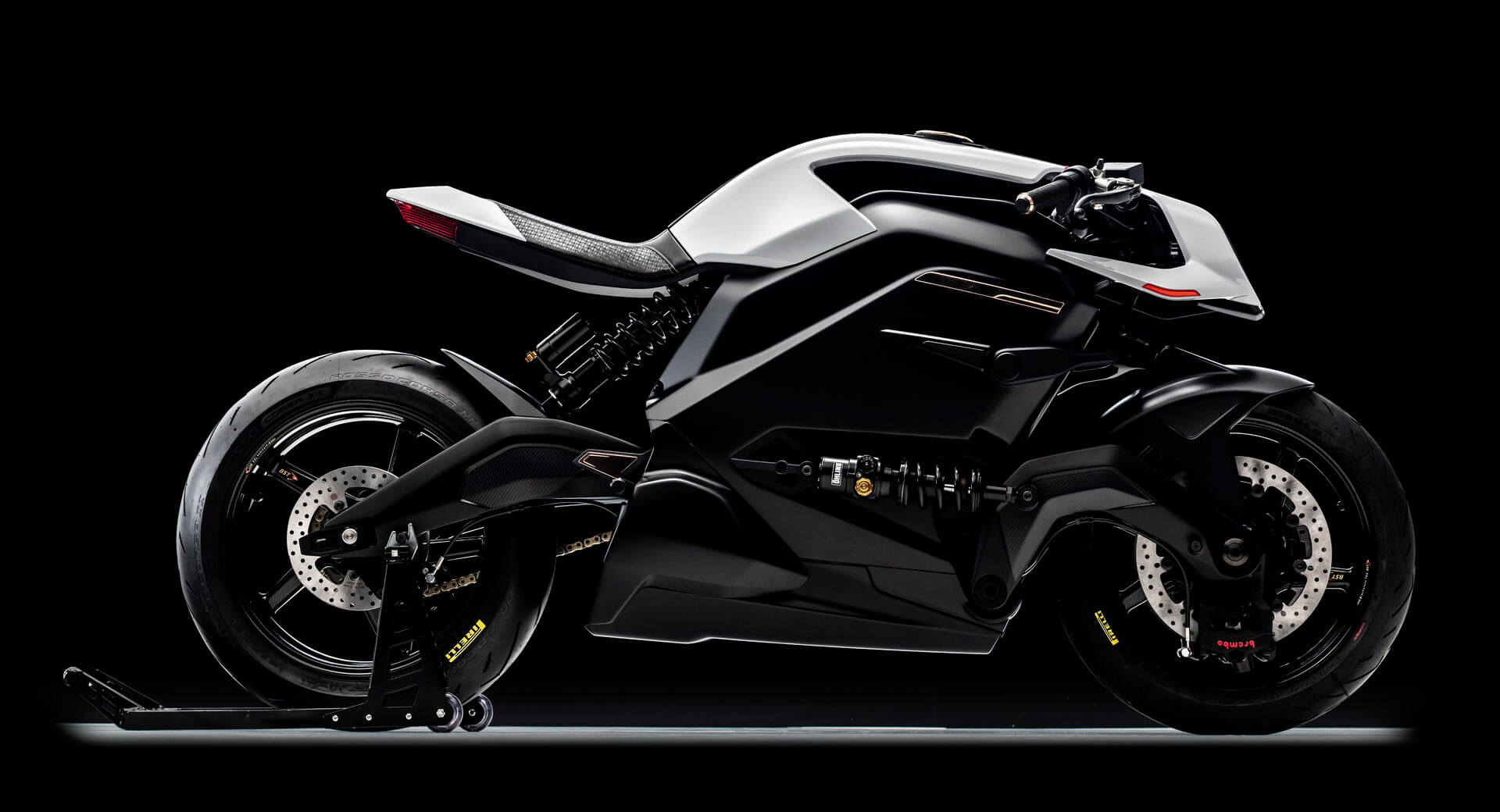 The limited-edition creation of a world-leading Coventry-based team of designers and engineers packs an incredible amount of electric punch. It’s been limited to 124mph, suggesting its use as a road bike barely scratches the surface of its potential. Each Vector is unique to its owner, as well as benefiting from a super-quick charge time and the potential of a 287-mile range that could get its rider from its home city to Scotland without the need to stop.

Phase 2 of Project Triumph TE-1 is now complete as the quintessentially British brand has revealed the design of the bike’s powertrain. It’s still a way off from becoming commercially available - Triumph and its collaborators (including Williams and Warwick University) are taking their time on this project, and deliberately so. Their aim is to squeeze every ounce out of electric bike capabilities in bid to provide a strong foundation for what seems to be an inevitably combustion-free future. Keep an eye out for updates - with the current iteration of the electric bike market still in its relative infancy, this could be the next big revolution.