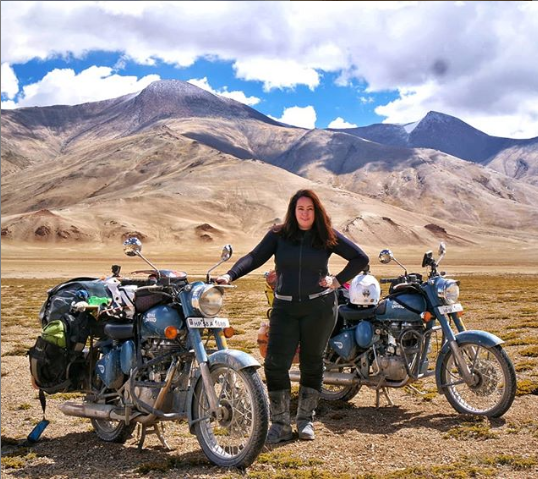 My interest in riding was first piqued at the age of 16 when my Dad suggested a scooter would make commuting to college much easier. Unfortunately my mum wasn't on board with this, such to the extent that when she arranged my provisional licence, she removed the moped category so that it wasn't an option! 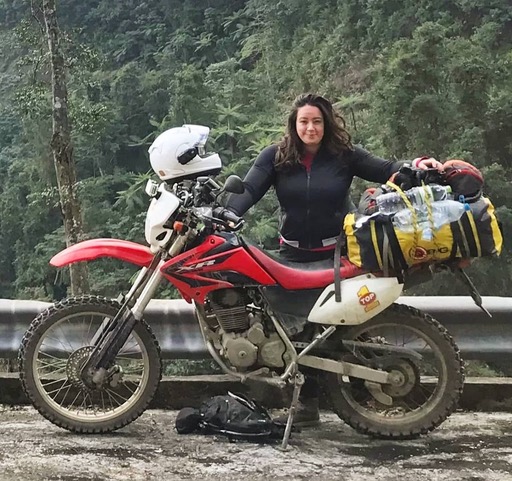 Fast forward a few years, and now a fully fledged adult, I found myself working in Euston which involved a 7 mile commute. What should have been a reasonably quick journey often took over 90 minutes, navigating from South East to North West London. At that point, I knew I had to find a better way. After a bit of research, and a few phone calls, I found myself undertaking a CBT course. It was a long day, but I couldn't have had more fun - I was instantly hooked! Thankfully I passed, and was so raring to go that I bought a scooter the very next day from my local dealership.

My first commute was a bit hairy - I was on my own without an instructor in my ear giving me pointers, but I took it slow and steady, and safely made it into work and home again. My confidence built over the next few weeks as I got into the flow of things. My commute was now just 20 minutes each way - I didn't know what to do with all the spare time!! 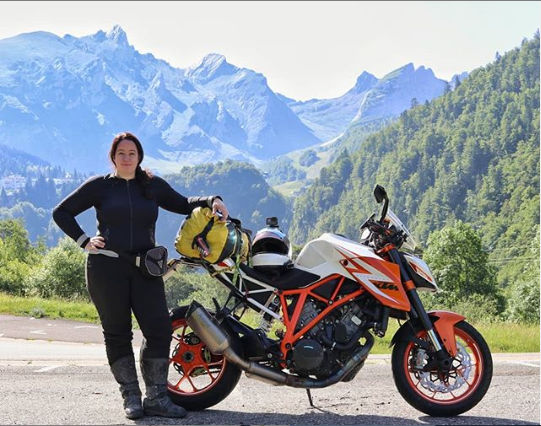 Just a month later, in July 2005, London was under terrorist attack. The bus exploded just seconds from my office door - I had ridden along that road just 5 minutes earlier (in fact, I was locking up my bike when I heard the explosion). The events of that day were awful, and I didn't need another excuse to avoid public transport. From that point on, come rain or shine, I was on my bike.

For a long time, my bike was merely a means of getting from A to B. A really fun, and enjoyable means, but a means all the same. It was only a few years later when a friend got a 600cc bike, that I was introduced to the social side of biking. Before long, I traded in my scooter for a larger bike, and started going on longer trips. UK trips soon turned into overseas trips, and the next thing I knew, I was on a solo European trip through France, Germany, Belgium, NL, Lux, and Austria. The sense of freedom was like nothing I had ever experienced.

I now absolutely live for moto-adventures and have been fortunate enough to ride in some pretty incredible places. I've been to the Isle of Man for the TT, I regularly go to the Swiss Alps, I've spent weeks in Italy riding around the Amalfi Coast, I've toured Thailand, I've explored a large part of Greece, rode from Hanoi to Ho Chi Minh City in Vietnam, and am now just a few weeks from biking paradise - the Himalayas!

There are still tonnes of places on my 'must visit' list, including much of South America (Bolivian Salt Flats anyone?) and Iran. I would absolutely love to do a Round The World trip one day, although I probably need to be a little better at saving money first!!

Oh, and despite popular opinion, women CAN ride big bikes. I currently ride a KTM 1290 Superduke R which is, I'm frequently told, a lot of bike for a little lady!

To read more about Laura and follow her story check out @lausie_d.

Have your own Rider Story? We'd love to hear from you, email us: partners@rideto.com 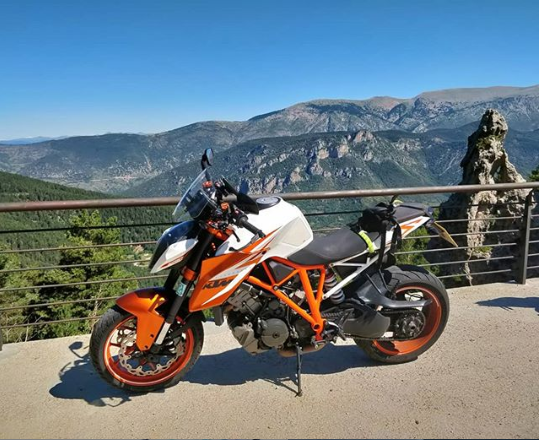