8 Classic Motorbikes That Have Made Music Video History

From Steppenwolf’s epic ‘Born to be Wild’ to Ronan Keating’s cheesy pop hit ‘Lovin’ Each Day’, these iconic songs are known by every generation whether you love them or hate them. However, one thing about their accompanying music videos that’s often overlooked or under-appreciated is the fact they feature some of the most beautiful classic motorbikes you’ve ever seen.

Whether you prefer Harleys or Hondas, here are 8 music videos worth watching for the classic motorbikes alone:

1. Steppenwolf – Born to be Wild

Perhaps one of the most iconic appearances in music video history is the “Captain America” chopper from the 1969 film “Easy Rider” starring Peter Fonda and Dennis Hopper, which makes an entrance in Born to be Wild. The entire music video reprises the film’s opening clip, showing Fonda and Hopper riding souped-up Harley-Davidsons. 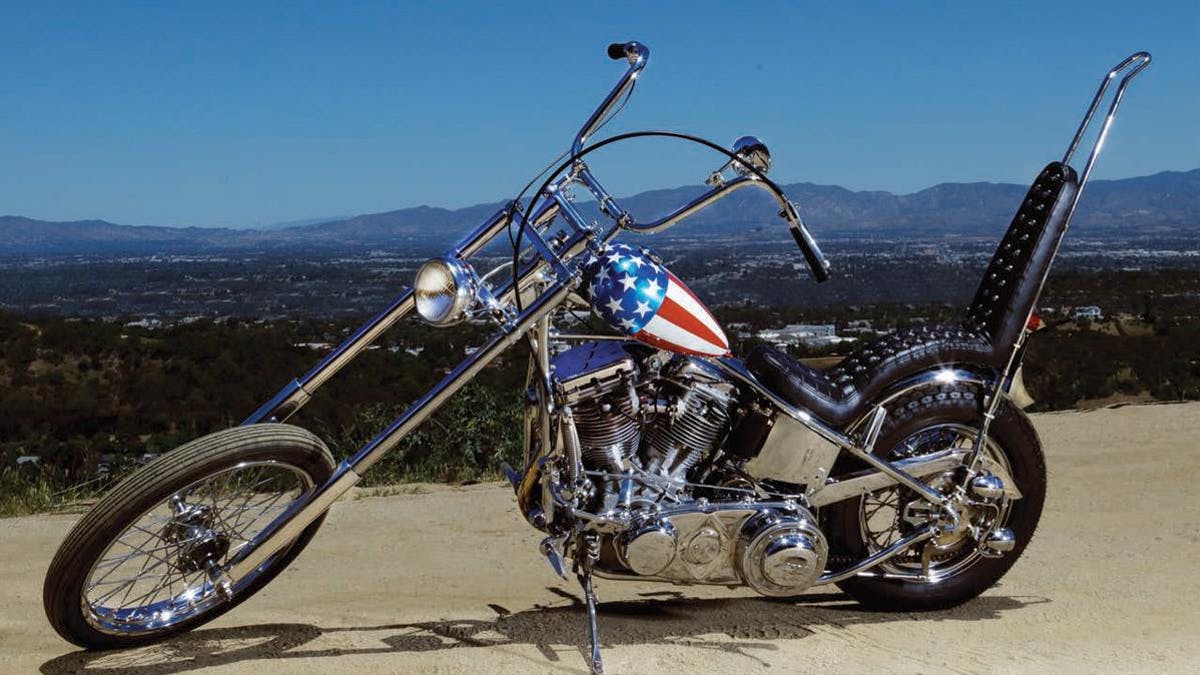 The Captain America chopper, named for its distinctive American flag colour scheme, has a confusing and controversial history - but what we do know is that the bikes that were ridden by both Fonda and Hopper were designed and built by Clifford Vaughs and Ben Hardy.

While millions have watched both Steppenwolf’s music video and the film, surprisingly Vaughs has never actually seen Easy Rider.

The Easy Rider chopper sold for more than one million dollars back in 2014, making it the most expensive motorcycle ever sold. It’s anyone’s guess how much it costs to insure such a bike, but many would argue that this iconic Harley-Davidson is well worth the money.

While technically not a music video, but a film, ‘Purple Rain’ features Prince on a beautiful custom 1981 Honda Hondamatic CB400A. 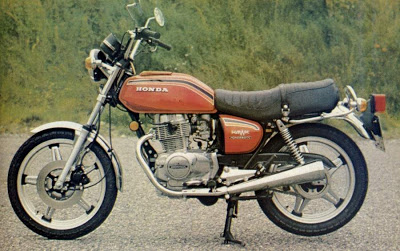 While it’s hard to miss Prince’s vivid purple machine, it takes a bit of a backseat in this video as far as some are concerned - and no wonder, the song is legendary. The appearance of this classic did more than turn a few heads at the time though, and many viewers initially mistook the Honda for a Harley due to its design and low slung handlebars.

This stunning custom Honda featured a larger-than-life windshield and an equally striking king and queen style seat - fit for a true prince. The ‘Harley vibe’ came from the bike’s 70s chopper style, designed with a set of 6 bend handlebars and custom stitched with recessed purple diamonds.

The song that made Meatloaf famous, ‘Bat Out of Hell’ was written by Jim Steinman in the hopes of becoming the “ultimate motorcycle crash song”.

Halfway through the song, you’re confronted with an epic guitar solo performed by Todd Rundgren which sounds to some like the roar of a bike. While the classic chopper is shrouded in mist and darkness in the video, a bad-ass image of bike and biker is created through the epic storytelling nature of Bat Out of Hell.

The lyrics are extremely descriptive and graphic, especially the part when the song refers to the rider crashing his bike in a fiery mess, leaving his organs gruesomely exposed:

Fun fact. While Meat Loaf’s love of motorcycles is well known, he doesn’t actually ride. He does, however, own a Harley-Davidson Road King and a Triumph Bonneville. There’s even a musical based on Steinman’s masterpiece, which was first performed in February 2017 at the Manchester Opera House.

Possibly one of the most famous and outrageous motorcycle music videos to exist, Motörhead’s ‘Killed by Death’ features Lemmy on a Harley Ironhead Sportster smashing through a wall to whisk away a young woman.

After being captured by police and put to death, Lemmy dramatically bursts out of the grave riding his Harley and escapes his grisly fate. But before he does, he grabs the girl and rides off into the night - a dramatic ending to finish an equally dramatic opening.

To make his mark in America, former member of Boyzone and Irish sweetheart Ronan Keating made sure no stone was unturned when filming his US debut video for ‘Lovin’ Each Day’. The video features a group of bikers riding beastly Harley’s through the desert while Ronan, alongside them, rides a vintage AJS.

In true American fashion, they all stop off at a motel diner in the middle of nowhere - only to end up jumping and dancing around what appears to be a makeshift junkyard. While the video itself is pretty cheesy, Keating definitely crosses off all the themes of a true American motorcycle road trip.

Another artist who pays homage to the Great American road trip is James Blunt, best known for his tear-jerking song ‘Goodbye My Lover’. In his music video for ‘Bonfire Heart’, Blunt rides through picturesque Jackson-Hole valley, Wyoming, on a customized 2007 Harley-Davidson Nightster, borrowed from Greg Pierce, a local resident.

Alongside a few other local bikers, Blunt makes a pit stop here and there and even ends up in the middle of a real life wedding celebration. The final scene in the video includes newlyweds Tim and Sarah Farris, who arrived at the One Ton Pig only to stumble upon the cast and crew filming the video in the parking lot.

In Queen’s music video for ‘Crazy Little Thing Called Love’, the band are leathered up and looking like true greasers, with Freddie Mercury straddling a stunning Honda Goldwing in the centre of the room while the band plays around him.

Honda Goldwings have always been iconic bikes, but it never hurts to have a little extra promotion from one of the best-known and loved bands of all time.

Mercury wrote Crazy Little Thing Called Love while he was in the bath in a room at the Munich Hilton in Germany Queen were recording The Game in Germany.

Lady Gaga’s somewhat controversial music video ‘Judas’ opens with a swarm of Harley-Davidsons being ridden on the highway. Not only is Gaga herself seen riding on the back of one of these beasts, Norman Reedus, known for his love of bikes, is seen riding his own 2002 Harley-Davidson Sportster.

Reedus’ silver-painted motorcycle was originally purchased as part of a film about the Hells Angels, but the movie was never made. The bike features some modifications including wrapped pipes and a riser under new handlebars, and bears a "Cycle Palazzolo Design" stamp.

‘Judas’ isn’t Gaga’s only music video that features motorcycles, either. She also rides a Moto Guzzi custom cafe racer in her song ‘John Wayne’, in what most would deem to be highly unsafe riding attire...